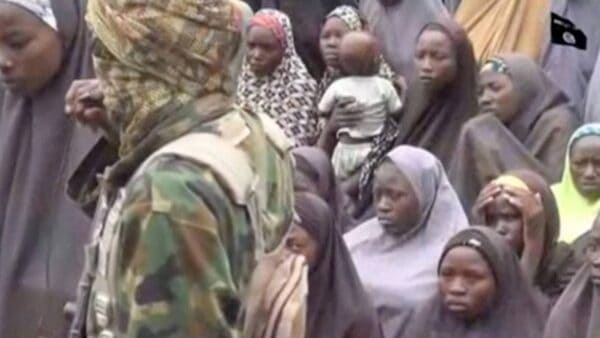 ‘Daughters of Chibok’, a film that explores the stories of abducted schoolgirls in Chibok town, will be screened at the 2019 Venice International Film Festival.
News Agency of Nigeria reports that in April 2014, 276 female students were kidnapped from the Government Secondary School in the town of Chibok in Borno State, Nigeria. Responsibility for the kidnappings was claimed by Boko Haram.
To highlight the struggles of parents whose children were kidnapped, filmmaker, Joel Benson made the first Virtual Reality film on the issue.
The film centers on Yana Galang, a woman leader in Chibok, whose daughter was among the kidnapped Chibok girls.
Following its screening on the 5th remembrance of the abducted schoolgirls in Chibok town, ‘‘Daughters of Chibok’ will be screened at the 2019 Venice International Film Festival.
The film seeks to remind viewers that the traumatic events of that fateful night in April 2014 were still fresh, and there are women still waiting for their children to be returned.
The 11-minute short film mirrors Galang’s pain as she hopefully awaits the return of her daughter while struggling to live a normal life as a peasant farmer.
The film will be competing in the linear content category, among 12 other Virtual Reality films selected from around the world.
Representing Nigeria and Africa in the category, ‘Daughters of Chibok’ joins other VR movies from countries including France, China, Japan, Australia, United Kingdom, USA, Italy, Taiwan, and Israel.
The films will be judged by an international jury who will determine the winners for Best VR, Best VR Experience for Interactive Content and Best VR Story for Linear Content awards respectively.
Speaking on the movie, Benson said that one of the reasons he was pushing the film across the world is to raise funds for families of victims of the insurgents.
He said: “We hope that this film serves as a vehicle to not only transport people to Chibok, but we also want to use it as a means of raising financial assistance to families of victims of the insurgents.
“It is one thing to lose your child and spend years waiting for her return, and it is another to still be living in abject poverty.”
In 2018, Benson made his first Virtual Reality film, ‘In Bakassi’, a short film that captures the plight of children living with PTSD in Internally Displaced Persons Camps in the northeast region.
The 76th Venice International Film Festival will run from August 28 to September 7 at Venice Lido.