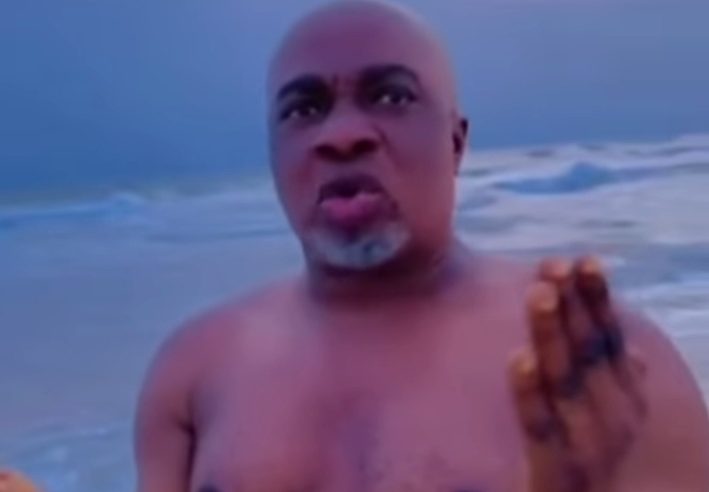 Popular Nollywood actor and producer, Ebun Oloyede, popularly known as Olaiya Igwe, has offered reasons whey he prayed naked at the Atlantic Ocean for the victory of the presidential candidate of the All Progressives Congress for the 2023 polls in Nigeria, Asiwaju Bola Ahmed Tinubu.

The Eagle Online recalls that the actor had set tongues wagging for stripping naked to offer the prayer for Tinubu.

Olaiya Igwe had posted the video of the prayer at the Atlantic Ocean, with lightening and thunder effects, on his Instagram page.

Though there were reports that the actor’s Instagram account had been blocked, a search by The Eagle Online on Monday evening showed that it was active, with the video still on the page.

Giving reasons for his decision to pray naked for the former two-term Lagos State Governor naked, Olaiya Igwe said Tinubu remains “the only candidate that reflects our values and highest ideals.

“And a leader who would fight hard to keep the promise of Nigeria for the next generation.”

He added that a time he was diagnosed with nephrolithiasis, a medical term for kidney stones, which is also called renal calculi, the National Leader of the APC, who he had not met before then, came to his aid.