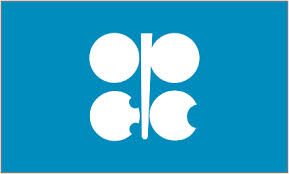 Oil prices rose on Wednesday ahead of an OPEC meeting later in the day, with members of the producer cartel trying to thrash out an output cut to curb oversupply.
International Brent sweet crude was trading at $46.85 per barrel.
US West Texas Intermediate crude was up at $45.52 a barrel.
Traders said markets were jittery, and that prices could sharply swing either way depending on developments at the Organization of the Petroleum Exporting Countries meeting in Vienna.
Oil dropped nearly 4 per cent the previous session over disputes between Saudi Arabia, Iran and Iraq regarding details of the planned cut.
Despite the disagreements, most analysts still expect some form of deal.
Iran and Iraq are resisting pressure from Saudi Arabia to curtail production.
Iranian Oil Minister, Bijan Zanganeh, told reporters upon arrival at OPEC’s headquarters in Vienna that his country was not prepared to reduce output.
Zanganeh said: “We will leave the level of production (where) we decided in Algeria.”
OPEC, which accounts for a third of global oil production, made a preliminary agreement in Algiers in September to cap output around 32.5-33 million bpd versus the current 33.64 million bpd to prop up prices.
OPEC said it would exempt Iran, Libya and Nigeria from cuts as their output had been crimped by unrest and sanctions.
One of the biggest OPEC concerns is that by cutting output it would simply hand over market share to non-OPEC competition.
There are strong indicators that such concerns are warranted.
U.S. shale drillers have radically slashed production costs in the last few years, to now between 35 and 40 dollars per barrel.