Ogundipe renovated his house, Bursar’s own with N90m — Babalakin 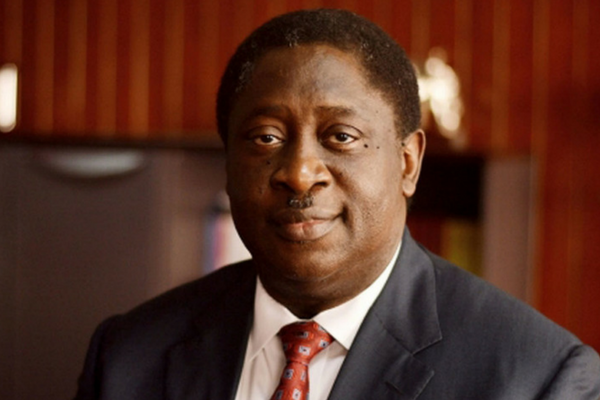 The Pro-Chancellor and Chairman of the Governing Council of the University of Lagos, Dr. Wale Babalakin, has said there is no crisis in the institution.

Babalakin spoke on Friday at the Murtala Muhammed Airport Terminal 2, Lagos on arrival from Abuja, where the Council of the University met and removed Prof. Oluwatoyin Ogundipe as the Vice Chancellor.

On the stance of staff unions in the university rejecting the removal, Babalakin said: “If you go to the campus now and do a secret ballot of how popular Ogundipe administration is, you would see that he is unpopular.

“Only a tiny vocal minority that is benefiting from the corrupt system is making noise.

“What was going on was misappropriation and looting of the scarce resources of the school.”

Babalakin accused Ogundipe of financial recklessness and going beyond his financial approval powers on a number of occasions.

The therefore called on the necessary agencies of government to investigate him.

He said: “The financial guidelines of the University of Lagos gives the Vice Chancellor the power to spend not more than N2.5 million in some instances without the approval of the Governing Council and anything higher must be brought to the Council for approval.

“However, Ogundipe spent N49 million to renovate his official quarters without anybody approving that.

“He also approved N41 million for the Bursar to renovate his official quarters too.

“He must be investigated.

“We need to do that for us to start building the university.

“I can tell you that when we probed the account of the university, it was in tatters.”

On the claim that due process was not followed in the removal of Ogundipe as VC, Babalakin said: “As a product of law, I don’t engage in things that will trample the law.

“Due process was followed.

“When the Council set up a committee to look into the finances of the university since we came on board, the report indicted a number of people, including Ogundipe.

“He wrote a reply and even spoke for over one hour defending himself.

“The law of the university is clear on how some officers can be removed from office.

“During Wednesday’s meeting, the issue was put to vote and we can do open ballot or secret ballot as we used to do on contentious issues.

“The people not only voted, but they added their comments.

“I also not only read out the votes, but the comments put in by everyone.

“I can tell you that nobody faulted what was read out as not what they wrote.”

On whether the supervising Federal Ministry of Education was in support of the action taken, Babalakin explained that he had not heard anything condemning or faulting the action from the ministry.

Recall that on Wednesday the Governing Council at its meeting in Abuja removed Ogundipe as the VC of the UNILAG.

The development was a culmination of the face-off between Ogundipe and Babalakin on the running of the university and about certain decisions being taken.

Ogundipe has since gone to court to challenge the action.