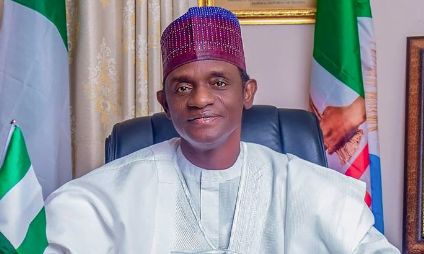 Buni, in a statement by his Director General, Press and Media Affairs, Alhaji Mamman Mohammed in Damaturu, also mourned the death of Alhaji Umar Askirama, an elder in the state.

He said he was deeply saddened and heartbroken by the sad news of the deaths of the personalities.

“With total submission to the will of Allah, we lost the chairman of Gulani local government council, who had always placed public interest above personal interests.

“He was an epitome of humility and a community leader with a passion to serve. He spent his last days on earth serving humanity.

“We pray to Allah (SWT) to forgive his shortcomings and grant him Aljannatu Firdaus,” the governor said.

Buni also prayed to Allah to grant the family of the deceased and the people of Gulani LGA, the fortitude to bear the irreparable loss.

He also commiserated with the family of  Askirama, who died on Friday and the family of Alhaji Haruna Ahmed of Potiskum,  over the death of three children in the family.