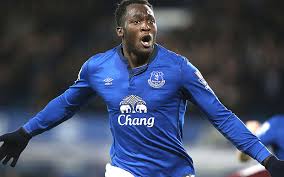 League leaders, Leicester City, will look to ensure that they are top of the pile on Christmas Day when they travel up to Merseyside to take on Everton at Goodison Park on Saturday (today).
The Toffees go into the game sitting in mid-table, but victory could see them climb as high as fifth depending on results elsewhere.
Everton may be sitting down in what is, on paper at least, a disappointing 10th place, but there is a buzz of excitement around the club as they move towards the end of 2015.
That hasn’t always been the case this year.
A poor 2014-15 campaign was followed by an underwhelming summer transfer window that left many fearing that the Toffees could be left behind in a race for European places that seems to grow more competitive every year.
Ironically, it is the lack of European participation that seems to have breathed new life into Roberto Martinez’s side, who are playing exciting, attractive football with a young group of players in good form.
Only this weekend’s opponents and Manchester City have scored more goals than Everton so far this season, with Romelu Lukaku leading the way.
The Belgian has scored 15 in all competitions, including at least one in each of his last seven outings for the club.
Six of those have come in the Premier League, and his opposing striker this weekend, Jamie Vardy, may need to keep an eye on his recently-acquired record should the 22-year-old maintain his fine form over the festive period.
The latest of those goals came at Carrow Road last Saturday as Everton were held to a 1-1 draw, although quite how they didn’t come out with maximum points is still a bit of a mystery.
What a difference a year makes.
Leicester spent Christmas 2014 bottom of the table and looking destined for the drop, but fast forward 12 months and they lead the way in the Premier League following a remarkable turnaround in fortunes.
That they avoided relegation at all last season was impressive enough, but their form this campaign has captured the imagination of the nation, so much so that they must now be considered as genuine candidates for the title.
Five of the last six teams to have been top at Christmas have gone on to win the league, and a third consecutive victory this weekend would guarantee their place at the summit.
Many still feel that Leicester will eventually fall away, but should they come through the final real test of their title credentials, with matches against Everton, Liverpool and Manchester City to finish the year, then they have to be taken seriously.
They have already dispatched of Chelsea this month, hammering the final nail into Jose Mourinho’s coffin with a 2-1 triumph at the King Power Stadium on Monday night.
There are no prizes for guessing who stole the headlines either.
Vardy’s 15th of the season saw him directly involved in a goal for the 14th Premier League match in succession, while Riyad Mahrez’s stunning strike took his tally for the campaign to 11.
It was their sixth win in their last seven Premier League matches and extended their unbeaten run to nine, during which time they have picked up 23 points from 27 available.