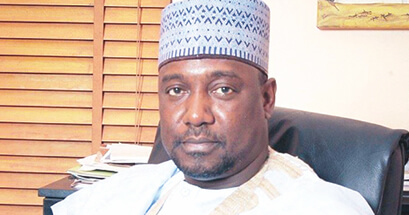 ‎Governor Abubakar Bello of Niger on Friday presented a budget of N108.07 billion for the 2017 fiscal year to the State House of Assembly.
The News Agency of Nigeria reports that the budget, which is 21.27 per cent higher than the 2016 budget of N85.09 billion, was tagged “Budget of Consolidation‎”.
According to the budget, the recurrent expenditure is pegged at N48.04 billion, representing 44.45 percent, while N60.02 billion was set aside for capital expenditure, which represents 55.55 percent of the total budget size.
Out of the capital expenditure, administration sector will have N6.64 billion; economic sector gets N34.44 billion; law and justice N1.08 billion; and social sector N17.84 billion.
Appraising the 2016 budget,‎ Bello said the state only recorded 67 per cent performance from January to October 2016, largely due to its inability to meet its internal revenue targets.
Bello said: “In Niger state, our problem was compounded due to our inability to meet our internal revenue targets with only an average of N400 million monthly.
“This calls for radical transformation of the revenue institutions and infrastructure and in general, conscious efforts will be made to diversify the economy.”
He, however, said that in spite of the economic recession and other challenges in getting finances for the 2016 budget, a lot of projects were still carried out.
The governor said the 2017 budget would focus on youths and women as they constituted the major percentage of the population of the state.
In his remarks, the Speaker of the House, Alhaji Ahmed Marafa, said the legislative arm would ensure passage of the bill in record time to enable the government consolidate on its achievements.
He pledged the support of the legislature in opening new frontiers toward tackling economic challenges and issues of revenue leakages in the state.
Marafa also appealed to the executive arm of government to look into the issue of local government employees, who were being owed five months salaries‎.