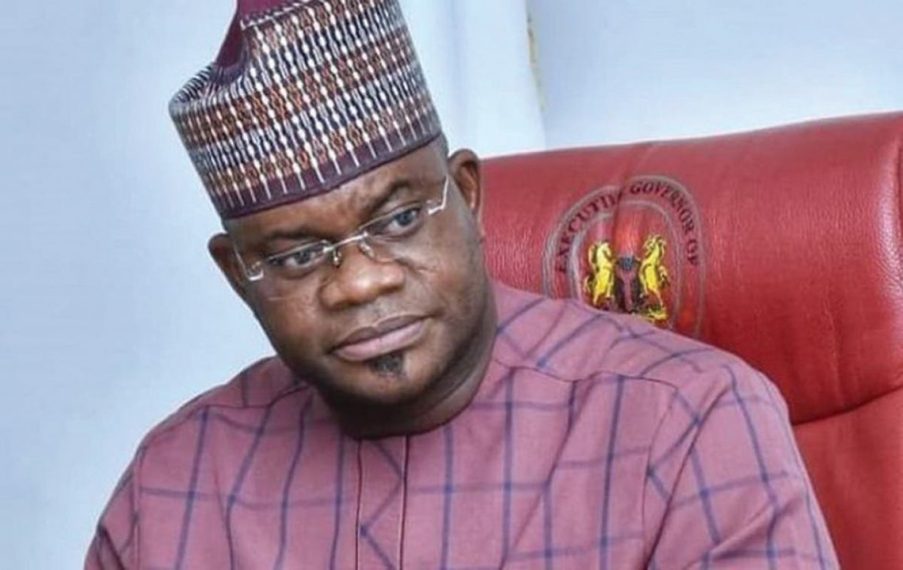 Governor Yahaya Bello of Kogi State has declared his support for financial autonomy for states’ Legislative Assemblies to enable them to perform their functions without hindrances.

He also said it would help them contribute more productively to the nation’s democracy.

Bello made the declaration when he received Speakers of the Houses of Assembly from the 36 States of the Federation who paid him a courtesy visit on Friday night in Lokoja.

The governor stressed that without a functional legislative arm of government, democracy would be in danger.

He added that there was the need for the Legislature to be given the impetus to perform its functions better.

He said: “Financial autonomy to the Legislature will give them needed impetus to perform their functions better and contribute more productively to the nation’s democracy.”

Bello stressed that his administration, from inception, had backed his state Assembly to have its autonomy and used the occasion of the visit to applaud the State House of Assembly for its cordial relationship with other arms of government in Kogi State.

Bello called on the Houses of Assembly of other states to borrow a leaf from Kogi State on how to work harmoniously with the Executive and the Judiciary Arms for the progress of their respective states.

The governor said the relationship between him and members of his state legislature went beyond officialdom, adding that he had personal and cordial relationship with them to promote unity of purpose.

He added: “For a democracy to thrive and serve its purpose, there must be understanding among the various arms of government, particularly between the Executive and the Legislature.

“If you remove the legislature, there will be no democracy.”

Bello expressed appreciation to the Speakers for the courtesy visit and for identifying with the Speaker of the Kogi State House of Assembly, Prince Matthew Kolawole, in holding their extraordinary meeting for the first time in the state.

Speaking earlier, Kolawole said the relationship between the Governor and the State House of Assembly started on a rocky ground.

He, however, added that the magnanimity of Bello and desire to serve and advance the state enabled them to foster a harmonious and lasting relationship.

He said that financial autonomy of the Legislature was sacrosanct if democracy must thrive and succeed in the country and called on all well-meaning Nigerians to support it, more so as it was a constitutional matter.