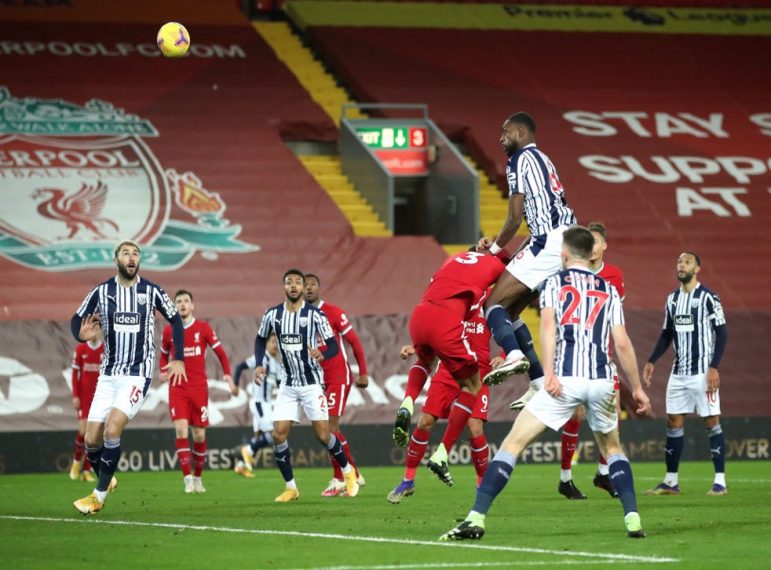 Semi Ajayi rescued an unlikely point for West Brom as Sam Allardyce’s men held Liverpool to a 1-1 draw at Anfield on Sunday.

It was Big Sam’s first point in charge since replacing Slaven Bilic in the Baggies hotseat earlier this month.

Liverpool had taken a 12th-minute lead through Sadio Mane, but failed to inflict more misery on West Brom’s defence.

And they were made to pay for a lacklustre second-half as Ajayi headed in an equaliser with eight minutes remaining.