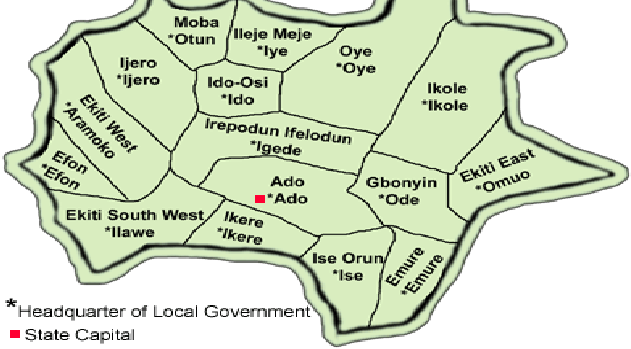 Irate youths on Thursday embarked on a protest at Ayegbaju Ekiti in Ekiti State following the killing of two persons by a motorist.
The incident, which occurred at about 2:30pm at a road bend between Ifaki Ekiti and Ayegbaju Ekiti, was attributed to the excessive speed of the motorist.
Sources said the vehicle, which was on a top speed, suddenly rammed into the two persons who were said to be on a motorcycle, killing them instantly.
The News Agency of Nigeria reports that though the identity of the victims remained unknown, the driver was said to have voluntarily reported himself at the community’s police station.
The angry youths in the community, however, took to the streets to protest what they referred to as the persistent killings of residents by drivers plying the road.
They barricaded the major highway in the community, hindering free flow of traffic for a couple of hours.
Reacting, the Police Public Relations Officer in Ekiti, Sunday Abutu, confirmed the incident.
He said: “The two victims died after they were overran by the vehicle driven by a university student.
“Though there was a protest, we have been able to bring it under control.”
According to the police spokesman, the suspect has already being arrested and detained at the police headquarters in Ado-Ekiti.

Boko Haram/ISWAP: It is time to cheer our military to final victory – PNPC