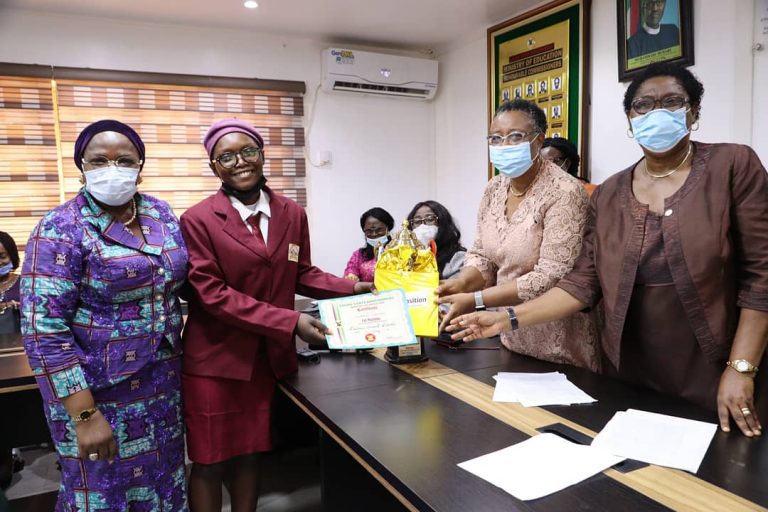 This is contained in a statement by Ganiu Lawal, Assistant Director of Public Affairs, Lagos State Ministry of Education,  in Lagos on Monday .

“These competitions were held virtually in line with the education/technology agenda and COVID-19 protocols, after which the students were rewarded with trophies, certificates and mobile tablets each.

“The competitions were held in different categories for students in the primary, junior and senior secondary levels,” it stated.

According to the statement, Folasade Adefisayo, Lagos State Commissioner for Education, during the presentation ceremony held at the Ministry of Education’s  Conference Room, said the exceptional students are testament to improved education system in the state.

It added that the enormous investment in education sector  by Gov. Babajide Sanwo-Olu’s administration’s  was no doubt yielding positive results in the state.

“The governor has continued to approve various initiatives geared toward improving the educational system of the state.

“Some of the initiatives are causative factors for improvement in teaching and learning in our schools.

“We set goals and we are executing these goals to empower the teachers and students.

“For the past two years, we have been integrating technology in teaching and learning, providing various infrastructural projects across schools,” it said.

Adefisayo advised the students to be committed to their studies as they are the hope of the state and nation at large, emphasising that they should strive to remain on top.

She commended parents and teachers for their constant guide, support and role in monitoring these students adding that the state government would not relent in its efforts towards providing quality education in schools.

Meanwhile, Chief Wahab Alawiye-King, Executive Chairman, Lagos State Universal Basic Education Board, in his goodwill message expressed his delight with the uniformity system introduced in all schools across the state.

Alawayi-King commended Gov. Sanwo-Olu for taking education in Lagos State to the next level and for not leaving any child behind, regardless of status and environment.

“Our education in Lagos State is holistic.

“We are not only concentrating on the cognitive domain but improving on co-curricular activities which have to do with psychomotor and all other things,’’ the statement said.

Abosede Adelaja,  Permanent Secretary, Ministry of Education, noted that the state government was poised towards developing an all-round child with capability of excelling in diverse areas of learning.

The News Agency of Nigeria reports that Model College, Kankon, emerged the overall best school in the senior category while Ogunmodede Junior College, Epe and Ijaiye Primary School, Ifako-Ijaiye were winners of the junior and primary category in the Y2021 Lagos State Schools Debate.