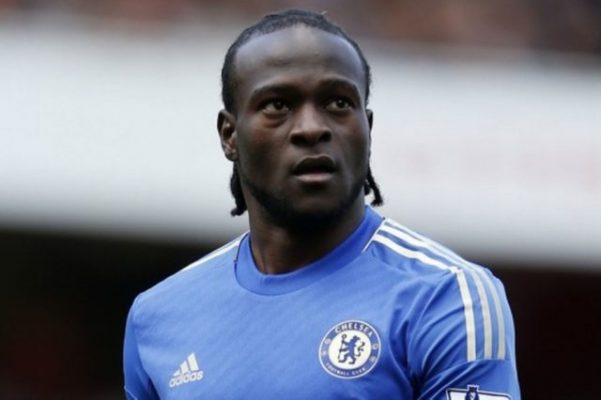 Share
Facebook Twitter LinkedIn Pinterest Email
Crystal Palace manager, Roy Hodgson, has said the club “don’t necessarily” need reinforcements in January, amid rumours linking the Eagles with former Nigerian international Victor Moses.
In the past week, Palace have been linked with moves for Bournemouth striker Jermain Defoe, Chelsea’s Moses and former Manchester City midfielder Yaya Toure, with the Eagles currently 16th in the Premier League ahead of the winter transfer window.
But he said these are not names that have been discussed by the club as potential targets for next month.
“I don’t hear them, because no one at the club mentions them to me,” he said.
“To hear them, I would probably have to read what you are writing and the information you are getting from players’ agents to persuade you to write it. But they are not names we have discussed.”
However, when asked if that meant Palace would not be interested in signing them, should the opportunity arise, Hodgson replied: “I am not saying that.
“If the day ever comes when the people within the club put names like that in front of them, I’ll discuss them. But you are asking me if it is a fact we are discussing them, and I am saying as a fact, we’re not discussing these names.”
Hodgson also said despite Palace’s struggling for goals at the moment, having scored 13 in their first 16 Premier League games of the season, he is not desperately looking for another striker in January.
Indeed, he says he does not feel it is essential for Palace to spend in January as he discussed the winter transfer window.
He said: “Not necessarily. We have got Christian Benteke coming back from injury, who has been missing for most of the season so far. We have Connor Wickham trying to recover form a two year absence. We’ve still got players like Alexander Sorloth and Jordan Ayew, who are bona-fide centre-forwards.
“We still believe that, within our ranks, we have players to score the goals needed to win us matches. I have faith in the squad, faith in the group, and I have seen them play for a good length of time.
“Until these last two games, people were telling me how well we were playing. Now I get the impression I’m being told we are absolutely hopeless.
“I don’t subscribe to that, but like all teams, reinforcements, new faces can maybe perk up the squad and give you another arrow to your bow, that can be a help. But in January that can be difficult. You need to bring someone in who will make a serious contribution.
“We don’t need extra bodies. We have got 20-22 outfield players every day, and anyone who comes in would have to be a considerable improvement on offering us something that we don’t already have.”