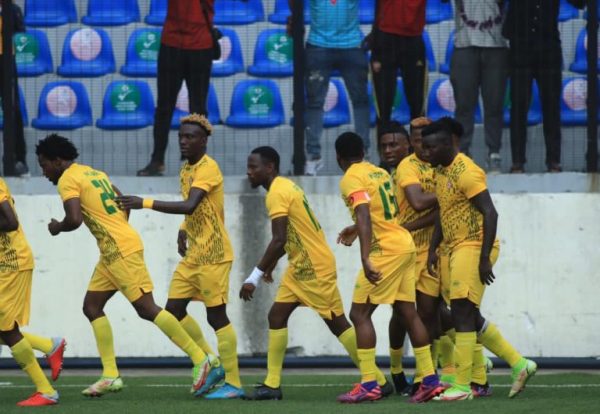 Kwara United FC has redeemed its pledge to players after their qualification for the next stage in the ongoing TotalEnergies CAF Confederation Cup competition.

It defeated AS Douanes of Niger Republic 3-0 in Nigeria and played out a goalless draw in Niamey on Sunday.

Before the battle of Niamey, the team’s management, led by the Chairman, Kumbi Titiloye, had promised the players N2 million cash gift if they qualify for the next round of the competition.

The General Manager of the club, Bashir Badawiy, in his message to the players at the training session, said the pledge had been redeemed, while efforts were being intensified to have the bonuses paid.

While commending the players for the qualification, Badawiy reminded them of the bigger challenges ahead, especially their next opponent, RSB Berkane of Morocco.

Also the Kwara United will play the Moroccans in the first leg at the Mobolaji Johnson Arena in Lagos on October 9, with the return leg fixed for October 15 in Morocco.

Badawiy therefore, charged the players to be more committed as the management, with the support of the government, would keep motivating them to do their best.

He commended the Kwara State Governor, AbdulRahman AbdulRazaq, for his regular  support to the team, which enabled it to perform optimally.

The General Manager also commended the Executive Chairman of the State Sports Commission, Malam Bola Mogaji, for his support to the team.

The News Agency of Nigeria reports that the united team emerged fourth in the 2021/2022 Nigeria Professional Football League season to qualify for the continental engagement.

NAN also reports that the club alongside Remo Stars, who are now out, qualified to represent Nigeria in the Confederation Cup.