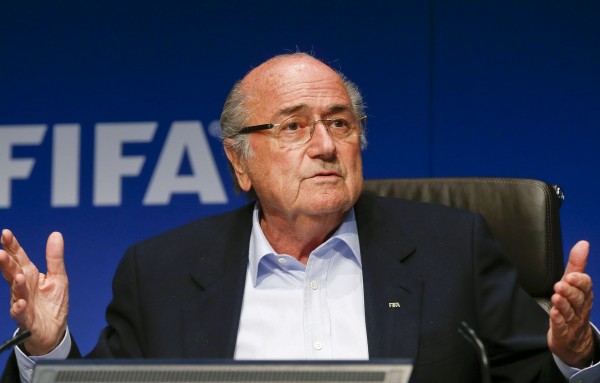 Banned former FIFA president, Sepp Blatter, will fly to Moscow on Tuesday, his spokesman told Reuters.
Blatter plans to meet Russian President, Vladimir Putin, on Wednesday and watch Portugal play Morocco in a World Cup soccer match, the spokesman said.
Blatter, who led FIFA for 17 years, is currently serving a six-year ban for unethical conduct after soccer’s world governing body was rocked by a global corruption scandal in 2015.
The ban was imposed shortly after the Swiss attorney-general’s office began criminal proceedings against him on suspicion of criminal mismanagement and misappropriation.
No charges have yet been brought and Blatter has repeatedly denied any wrongdoing.
His appearance at the World Cup in Russia is potentially embarrassing for FIFA and its new head, Gianni Infantino, who has promised to draw a line under FIFA’s corruption problems and clean up the organization.
Blatter told Reuters in March he had been invited to attend the World Cup by Putin, with whom he has a long-standing close relationship, and he was “honored” to accept.
NAN Blatter and Michel Platini were each handed eight year bans by the FIFA ethics committee in December 2015, following an investigation into a “disloyal payment” of two million dollars from Blatter to Platini.
The ethics committee ruled the payment was a conflict of interest and a breach of loyalty.
Blatter was also fined 40,000 dollars while Platini was fined 80,ooo dollars.
MAM reports that in December 2016, Blatter lost his appeal at the court of arbitration for sport against a six-year ban from football.
The verdict ended Blatter’s hopes of becoming honorary president of football’s governing body which he left in disgrace.