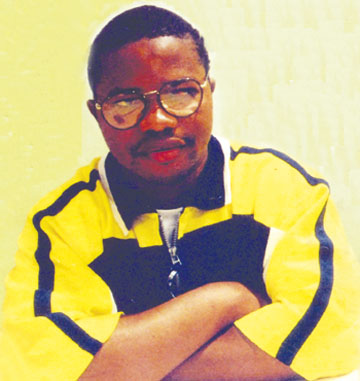 another former Super Eagles’ player, Pius Oleh, has been confirmed
dead in the United States of America, The Eagle Online has reliably
gathered.
Former junior international, Paul Okoku, who confirmed Oleh’s death to our correspondent, hinted that the ex-football star was found dead in his garage and the unconfirmed cause of the death was linked to carbon monoxide.
Okoku said: “Totty called me several times in the last three days to
ascertain whether it was true or a rumour about an ex-international’s
death in Michigan.
“I extended a call to my former Flying Eagles and St Finbarr’s College teammate, Alphonsus Akhahon, who resides in Michigan and a one-time close friend of the deceased.
“Finally, Alphonsus confirmed to me that Pius Oleh was found dead in
his garage and the unconfirmed cause of death was linked to carbon
monoxide.”
Pius Oleh was a one-time Super Eagles’ player.
He was a graduate of Alabama A&M University and held IT position with
the US Ford Motor company in Detroit, Michigan until his death.
During his lifetime, Oleh tried to bring soccer back to the Cotton Bowl, USA.
This time last year, the AmeriSoccer President, Pius Oleh, was in the
process of staging the Obama Challenge. Unfortunately, Oleh could not
close the deal as it caused a major scandal between four federations,
the Nigeria Football Federation inclusive, as the Super Eagles were
stranded in Dallas.
Meanwhie, the Association of Nigerian Ex-Internationals in the
Diaspora has commiserated with the Oleh family over the loss of the
beloved son, saying Oleh was a comrade and a fraternity colleague.
Oleh’s demise comes as the second former Nigerian international that
has died after the shocking death of USA ’94 World Cup star, Uche
Okafor.