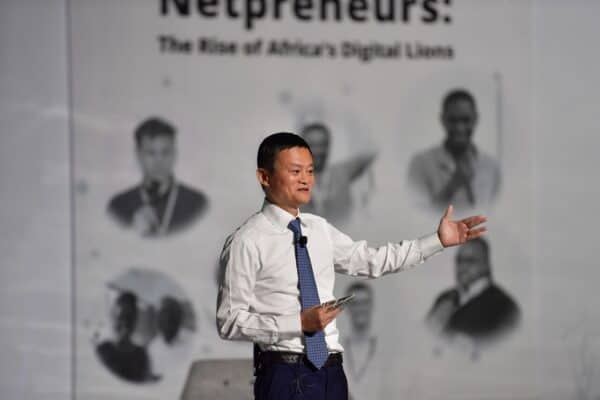 The semi-finalist judging panel for this year’s Africa Netpreneur Prize Initiative has been announced.
The ANPI is a prize competition for African entrepreneurs spearheaded by the Jack Ma Foundation.
For the next 10 years, the ANPI will be hosted across Africa, culminating in an annual finale where 10 finalists will compete in a pitch competition.
The ANPI aims to support and inspire the next generation of African entrepreneurs across all sectors, who are building a more sustainable and inclusive economy for the future.
Applications for the first ANPI officially closed June 30, 2019 and nearly 10,000 applications from 50 African countries were received.
The semi-finalist judging panel consists of seven esteemed entrepreneurs, investors and businesspeople from across the continent.
The panel will evaluate the semi-finalists and select the top 10 finalists for the ANPI.
These 10 finalists will go on to pitch Jack Ma and other influential judges for the chance to be awarded a share of $1 million in total grand prize money during the finale event in Accra, Ghana this November.
“We are thrilled with the response and the quality of the applications we have received. We look forward to the next phase where this panel of illustrious judges will help decide on our finalists,” said Jason Pau, Senior Advisor for International Programmes for the Jack Ma Foundation.
“Our goal when selecting the roster of judges for the ANPI was to find true representatives of the diverse entrepreneurial and business landscape in Africa. The judges we have selected are true leaders in their industries, and bring vastly different backgrounds, accomplishments, and skillsets to the table. Their feedback will be invaluable and will set the tone for the competition. We wish both the applicants and judges the best of luck as we make our way to the grand finale in Accra,” said Pau.
“It’s impressive to see the passion coming from across Africa. I’m inspired by the quality of applications received and to see how young and old people are making a difference through the resilience and grit shown by their focus on the community,” said Sam Gichuru, Founder and CEO of Nailab. “I am looking forward to seeing the finalists for the first year. To the entrepreneurs who missed the application deadline, be ready to apply in the coming year.”

Meet the Judges
Bethlehem Tilahun Alemu
Bethlehem Tilahun Alemu is a globally acclaimed serial entrepreneur. She is the founder and CEO of soleRebels, the world’s fastest-growing African footwear brand. Bethlehem is also the founder of  premium coffee brand Garden of Coffee, which launched in July 2016. Following the success of the brand across Ethiopia, Bethlehem is now in the process of opening 100 Garden of Coffee roastery cafes across China. Bethlehem also founded Perimeter Consulting, a strategic consulting service housing Made By Ethiopia, a public-private partnership with the Footwear Distribution and Retailers of America that enables some of the world’s top brands to manufacture their footwear in Ethiopia. Most recently, Bethlehem launched GIZA digital, a payment and ecommerce platform and NoodFoods, a franchise business that uses locally sourced fruits and vegetables to create snacks. Bethlehem is recognised as a World Economic Forum Young Global Leader, is a member of the World Economic Forum’s Global Expert Network and was named Entrepreneur of the Year in 2012 by The World Economic Forum. She is also a Forbes World’s 100 Most Powerful Women and one of CNN’s Top 12 Women Entrepreneurs of The Last Century.

Fatoumata Ba
Fatoumata Ba is a technology entrepreneur and venture capital investor currently serving as the Founder and Executive Chair of Janngo and Managing Partner of Janngo Capital. Janngo builds, grows and invests in pan-African ‘tech for good’ champions and is backed by top-tier African and international strategic and financial investors; including the Mulliez Family, Clipperton Finance and African HNWI. Additionally, in Ivory Coast she served as Founder and CEO, as well as Managing Director in Nigeria and Member of the Executive Committee at the Africa level of Jumia, the leading tech unicorn in Africa now listed on the NYSE. She is passionate about leapfrogging development through technology in Africa, with a particular focus on women, SMEs, healthcare and education. She has been awarded several distinctions including The World Economic Forum ‘Young Global Leader’, Choiseul 100 Africa ‘Economic Leaders of Tomorrow’, Forbes Africa ‘30 under 30’ and the Aenne Burda Award for visionary leadership, optimism and courage alongside Marissa Mayer, Arianna Huffington and Viviane Reding. She serves on the Board of SouthBridge Investment Bank, on the Board and Investment Committee of Creadev Africa, on the Council of Women in Africa and on the Global Future Council on the New Economic Agenda of the World Economic Forum.

Hasan Haider
Hasan Haider is a Partner at 500 Startups, the most active Venture Capital firm in the world, based in Silicon Valley, with more than 2,000 investments in more than 50 countries and $400 million in AuM. Hasan heads up the firms practice in the MENA region, with the Arabic speaking market being a core area of focus. 500 Startups has invested in over 100 startups in the region over the course of the last four years, including Wuzzuf, Jamalon and fetchr. Hasan was the Co-founder and CEO of Tenmou, the first business angel’s organization in Bahrain and one of the first in the MENA region. Hasan’s work in developing angel investment in emerging markets through Tenmou has been picked up as a case study by the World Bank and is taught to Entrepreneurship Policy makers at Babson College.

Peter Orth
Peter Orth is a founder and Managing Partner of 4DX Ventures, an Africa focused venture capital fund. Prior to founding 4DX Ventures, Peter was an investor for over a decade, with work spanning global macro investing, public and private equity investing, as well as overall portfolio and risk management strategy design. Orth has held investment roles at Bridgewater Associates (Emerging Markets Research and Lead China Analyst), Adakin Capital (public and private equity investing at an NYC-based family office), and JPMorgan (investment banking). In addition, he ran strategy and business development at Mirror Labs, a venture-backed business in the Blockchain space. He graduated from Tufts University in 2007 with degrees in Quantitative Economics and International Relations.

René Parker
René Parker is the Managing Director and CEO of RLabs, a global social enterprise with a strong focus on community-driven innovation and social change. RLabs currently has activities in Africa, United Kingdom, Europe, Asia and North and South America impacting more than 10 million people across 23 countries. She has played a leading role in transforming RLabs into an award winning global social enterprise from the humble beginnings of a community project in Cape Town. She served as a board member of the Living Labs in Southern Africa (LLiSA) network where she fulfilled the portfolio of capacity building, community development and communications. She is a founding member of the Western Cape government youth development network currently focused on driving youth economic empowerment through technology, entrepreneurship and innovation. Rene is also the co-founder of RLabs Women, an organisation that aims to build technology and innovation capacity amongst women in marginalised communities. She also serves in an advisory capacity to several international universities and has done extensive work with organisations such as the Finnish Foreign Ministry, GIZ, AfriLabs, i4Policy, UNWomen, Naspers, NedBank and Accenture.