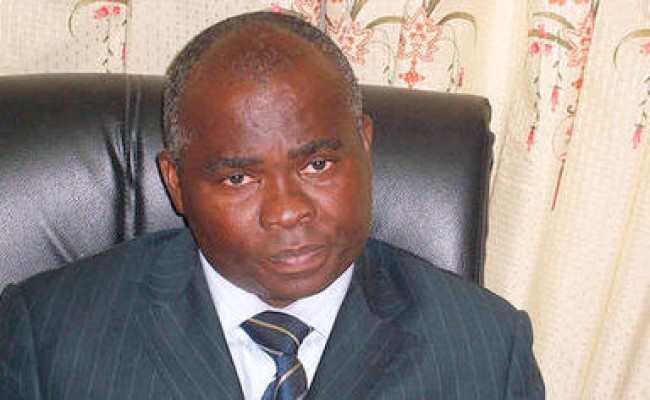 The Lagos State Police Command has launched investigation into the alleged case of a pastor of the Lord’s Chosen Charismatic Revival Ministries, Pastor Benedict Mgdire, who defrauded a fellow church member, Engr. Ken Chibueze Onu, to the tune of $38,000
The Lagos State Police Public Relations Officer, SP Chike Oti, who confirmed the story, said the matter was still under investigation.
Onu alleged that Mgdire, working in Georgia, United States of America branch of the church, defrauded him $38,000.
The victim claimed it was after Mgdire disappeared with his money that his business crumbled and his son, who attends the Chosen International Secondary School, was kicked out of the school and not allowed to write his examination because he couldn’t meet up with his school fees.
Onu, who is the Chief Executive Officer of Kenglobal Trade and Industry Limited, said he is also a member of the church.
He explained: “My son, who is schooling in the church school, located at Mgbidi, Oru West Local Government Area, Imo State, was sent out of the school because we couldn’t pay his school fees.”
Onu said his troubles started after Mgdire returned from the United States and they both started discussing business.
Soon, the pastor asked him for a loan.
It was agreed that Mgdire would ship in vehicles to Onu, instead of refunding the money.
Onu said: “I didn’t receive any vehicle.
“I called him several times, but he wouldn’t pick my calls.
“I suspected a foul play and reported to our General Overseer, Pastor Lazarus Muoka.
“Our GO told me that if it was Mgdire, I shouldn’t worry.
“Other church ministers I complained to about him, said Mgdire was reliable.
“I was so disturbed because this was a breach of trust.
“He duped me!
“He lured me into his business and deceived me, using the name of God.
“He told me that if I could send a certain amount of money, he would supply me cars of my choice at a good rate.”
Onu said he tried to report the matter to as many pastors in the church as possible, but at a point, they all allegedly stopped picking his calls.
“He decided to seek the intervention of the church’s Public Relations Officer.
But the man allegedly told him to exercise patience, that the matter was an in-house one.
Onu said: “Financially, my situation was getting worse.
“I could no longer take care of my family.
“I went to our GO and asked that the church should assist me; at least for my son to be allowed to continue his studies.”
Onu was directed to the church education director, who after listening to him, replied that he was not in authority to do anything.
He further said: “I called our GO several times until he picked.
“He told me that a lot of people had problems, just as I do.
“He said that if I couldn’t pay my son’s school fees, he shouldn’t come back to school.
“I appealed to him to understand my predicament.
“I was into importation before now; and if not for what happened to me, I wouldn’t go to the GO to seek assistance for my son to continue his education.
“Some of the buses the church is using, I assisted the church to buy them from USA.
“Until now, I have never gone to the church to seek for help.”
Thinking that his GO’s wife might be able to help, Onu sent several text messages to her, explaining his situation and that of his son.
When everyone, especially his church failed him, Onu started making investigations himself.
He discovered that Mgdire had been to Nigeria several times with consignments, but usually leaves immediately after selling them.
Onu reported the matter to the police.
On one of the days Mgdire went into Ladipo Market in Lagos State to contact people to buy some of the cars and parts he had shipped into Nigeria, Onu got the information and alerted the police.
Mgdire was arrested and moved to the State Criminal Investigations and Intelligence Department, Panti, Yaba.
Reacting to allegation levelled against him, Mgdire said: “Onu is like a brother to me.
“What happened between the two of us was a mere misunderstanding.
“Onu got police to lock me.
“He’s just suffering my body, not my soul.”
Mgdire’s lawyer, simply identified as Arthur, said the two parties involved have agreed to resolve the matter amicably because they were brothers.
Arthur disclosed that Mgdire had earlier sent a car and $1,500 to Onu as part of money owed him.
When contacted, Muoka denied knowing about such a matter.
He added: “If there is any issue of such in the church, the people involved should settle the matter.”