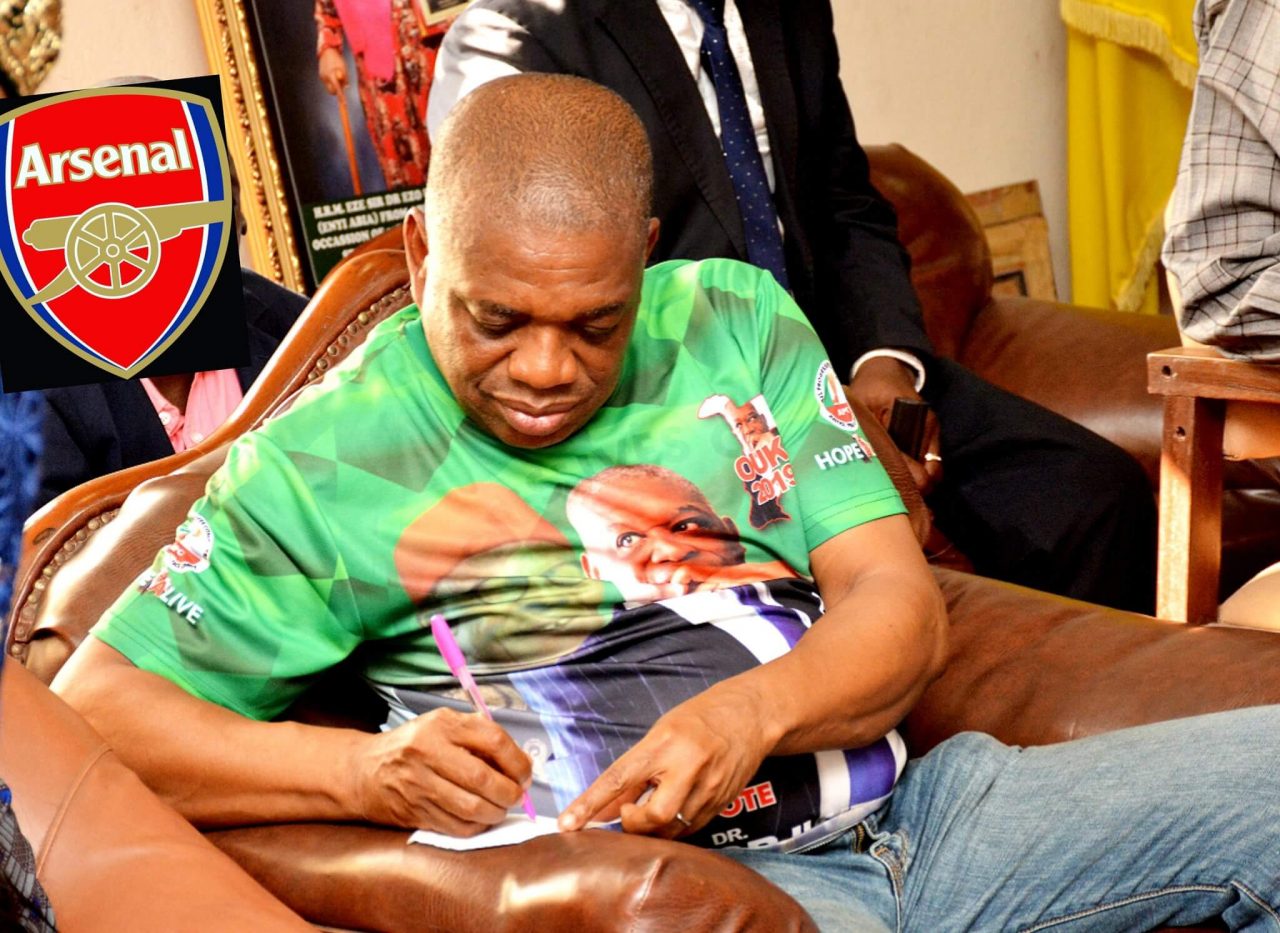 The former Governor of Abia State said he will buy a 35 per cent stake in the football club.

The Chief Whip of the Senate made this known in a post on his official Facebook page.

According to Kalu, a former presidential aspirant, his target is to ensure that the Gunners win the elusive Champions League as well as the Premier League back-to-back.

Recall that during his time as the Governor of Abia State, the professional football league of the state, Enyimba FC, remained the number one football club in the country, winning the Nigeria Professional Football League several times.

Enyimba also became the first Nigerian club to win the CAF Champions League during that time, winning back-to-back in 2003 and 2004.

While citing the achievements of Enyimba FC, the Senator stated that the success will also be replicated with Arsenal.

Kalu wrote: “Our success with Enyimba football club between 2000-2007 has continuously increased my passion for football. As the pillar of sports in Africa , I am considering an investment in football and I will buy 35 percent stake in Arsenal FC.

“Our target is to lift the Champions League and Premier League back to back as we did with Enyimba.

Dangote said he will do this after he must have completed his refinery and fertiliser plants in Lagos.