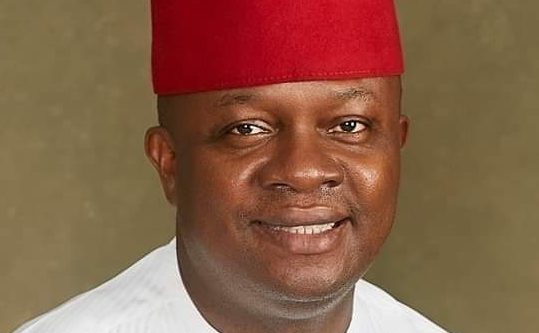 Philip Shuaibu, Deputy Governor of Edo State and Head of the Electoral Panel, announced the result at the Dora Akunyili Women’s Development Centre, Awka on Saturday.

A total of 16 aspirants contested for the PDP ticket, out of which 12 were present at the venue and three withdrew from the race.

Earlier, Senator Ugochukwu Uba had emerged winner of the PDP primary organised by Chief Chukwudi Umeaba-led faction of the party.

The Umeaba led primary was held at the Paul University Complex, Awka.

The PDP in Anambra State is divided between the Chief Ndubuisi-led State Executive Committee and Umeaba-led Acting Caretaker Committee following a judgement of an Abuja High Court on June 9.

The News Agency of Nigeria reports that the party at the moment has two factional candidates, one of which will stand for the November 6 gubernatorial election in Anambra State.