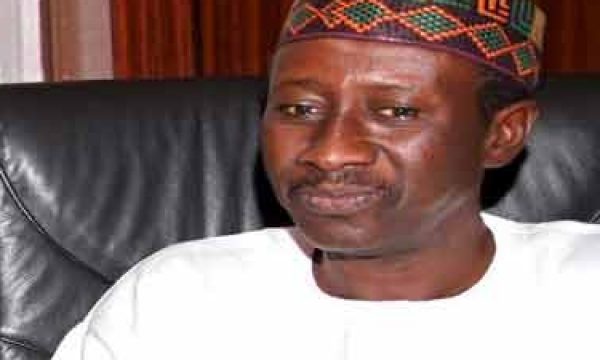 The National Security Adviser, retired Maj.-Gen. Babagana Monguno, has assured that security agencies that will be deployed for election duties in 2019 will be guided by  neutrality, operational efficiency, patriotism and professionalism.
Monguno gave the assurance on Thursday in Abuja at the start of a two-day “Election Security Management” workshop organized by the Office of the National Security Adviser.
He, however, said that in the face of threats to democratic values and sacred electoral process, security agencies would be charged to be firm and decisive.
According to him, the firmness will be in identifying, isolating and neutralising threats in the interest of national security.
The NSA added that there had been concerns within and outside the country on challenges to the capacity of law enforcement agencies deployed on election duty.
He said that such concerns bordered on synergy between the different law enforcement agencies.
He said: “This development results majorly from the wide knowledge gap of security agencies on the professional requisites for election security management in a democratic setting, a gap this training intends to fill.
“It is believed that the training will act as veritable interactive forum for perfecting the operational coordination process between the Nigeria Police Force and other complementary security agencies that will be deployed for electoral functions across the country.”
The security boss added that the workshop was organised to ensure that relevant security agencies were coordinated at the most strategic national level.
According to him, the purpose is to deepen their knowledge and  sharpen their professional capacity for the fundamental objective of ensuring a general election that will not only be peaceful, but policed within the context of rule of law and best global practices.
Secondly, he said, the initiative in itself was a further manifestation of the firm determination of the Federal Government to advance democratic journey “by emplacing a new security orientation that is focused on creating conducive atmosphere for citizens to exercise their voting rights’’.
He listed the expected outcome of the training to include enhanced knowledge of security agents on election security management, drawing on global best practices and stronger inter-agency collaboration toward security governance during the 2019 general elections.
Other expectations were: appreciation of peculiar election security threats and specific approaches toward managing them at various stages of the electoral process.
He emphasised that also expected were clear comprehension of the Electoral Act, the country’s Constitution and other relevant statutes as they relate to security functions and processes.
He said that other expected outcome of the training were: development of an ‘Election Security Management Protocol’ that would act as standard security management template for future elections at all levels in Nigeria and reference for all security
agencies and other strategic stakeholders within the electoral architecture of the country.