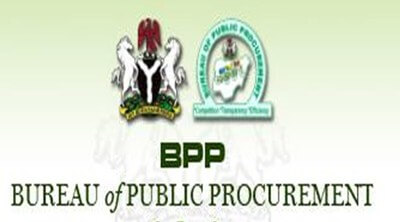 The Bureau of Public Procurement has expressed concern over the failure of several tertiary institutions to adopt Open Competitive Bidding for their procurements.

The Director-General of the Bureau, Mamnan Ahmadu, stated this at the 2022 Procurement Retreat for Beneficiary Tertiary Institutions, organised by the Tertiary Education Trust Fund on Tuesday in Lagos.

The News Agency of Nigeria reports that the retreat was for heads of tertiary institutions across the country such as university vice chancellors, rectors of polytechnics and provosts of colleges of Education.

Ahmadu noted that the essence of the programme was to equip participants with the vital skills necessary to ensure that good procurement practises were entrenched in the respective institutions of higher learning across the country.

Ahmadu noted that the retreat was of utmost importance because of the calibre of officers in attendance.

He said they constituted the top echelon of the nation’s tertiary institutions, responsible for the implementation of programmes and projects in the system.

He said: “We are here today to build the capacity of accounting officers, principal officers, procurement officers and other key players in the procurement value chain of our tertiary institutions.

“Another objective that the retreat intends to achieve is to enhance probity, accountability, transparency and to attain cost effectiveness and professionalism in public procurement proceedings in the tertiary institutions.

“The vice chancellors, rectors and provosts who are recognised as accounting officers in tertiary education institutions, under section 20, Sub Section 1 of the Public Procurement Act 2007, are placed at the heart of the procurement process.

“They take responsibility for ensuring the compliance of their institutions with the provisions of the Public Procurement Act, 2007.

“Having said this, the bureau is however concerned that several tertiary institutions in our country tend to avoid the use of open competitive bidding for their procurements.”

According to Ahmadu, these accounting officers of the tertiary institutions also adopt weak evaluation criteria.

He noted that this often results in unqualified bidders being participants in the bidding process and eventually recommended for award of contract, particularly for building band construction projects.

The Director General added that some tertiary institutions engage contractors that
do not possess proper manufacturer’s authorisation to procure equipment.

He said that these were some of the challenges the bureau was set to address at the retreat.

Ahmadu noted that the retreat would be discussing issues such as principles of effective evaluation, overview of public procurement and developing standard advertisement among others.

He said that it was important for all the key players to be mindful of the declining revenue from crude oil which was the nation’s source of financing the national budget.

This, he reminded them, put more pressure on the already scarce funds for national development.

“Consequently, it is imperative that we collectively ensure the judicious use of funds and avoid bad procurements, litigations, inflated contracts and abandoned projects,” he noted.

On his part, the Executive Secretary, TETfund, Sonny Echono, pledged to ensure that all abandoned projects littering various institutions across the country were looked into for possible completion as soon as possible.

Echono noted that there were three categories of such projects.

He said that there were the ones that could be defined as abandoned projects, which were under all measures, within the contract regulations.

According to him, these ones are unable to be delivered, and in such cases, contractors have moved out of site.

He said that in others, contractors exceeded the plan for the project beyond two years, and, therefore, could also be categorised as abandoned, especially a case where no work was ongoing on the site at the moment.

Echono noted that there were relatively few of such.

According to him, there are so many more that have exceeded their completion period, and most of them are tied to the issue of fluctuation in prices of materials.

He noted that because TETfund had a practice where all its contracts were supposed to be pitched for, they left room for manoeuvre, selling without contingent provisions within the contract, to accommodate inevitable or unplanned occurrences.

He said that they were undertaking a comprehensive list of the first category, of those considered distressed, and had worked out a programme in consultation with the beneficiary institutions to see how to complete the projects.

Echono said: “Some of them are minor, in terms of what is required to get them done, and I believe from June when we started the exercise, to the end of the year, over 211, or thereabouts, will be completed.

“It is just by taking administrative measures and also changing some certification that may be readily available, or to have local substitute as we call them, rather than be import dependent because as we all know, even in last three months alone, we can see the huge devaluation of the naira.

“So we are looking at various ways to ensure that we complete these projects, as we said, we have gotten approval for a special provision to be made in next year’s budget.

“We did not do that  for it this year, but for next year, we will make special provisions to cater for the completion of such projects.

“For those that were abandoned, we are going through the process and  there will be penalties or sanctions for those who are responsible, be they the contractors, the institutions.

“Some of them are already before our anti corruption agencies, investigating them.”

Echono noted that on the whole, his commitment was to ensure that TETfund made the right investment to complete most of the affected projects as quickly as possible.

He said that this was necessary to avoid littering the campuses with uncompleted projects.

He said that he was also committed to ensuring that the quality of delivery of TETfund projects significantly had value for money.

According to him, the projects are expected to be iconic and stand the test of time,  across the campuses.

He said: “In line with what Mr. President has done in the last few years, we believe that most of the projects that have been completed in the past couple of years were not even initiated by this current administration.

“He kept faith with completing ongoing projects and we borrowed that from him, so we are now trying to complete, rather than rush off to start new ones.

“The is a tendency for everybody to start a new project and say this is my project, but when there is the general acceptance that all the projects, regardless of who commenced it belong to the organisation, belong to the institutions, belong to the country, then we are committed to completing them and therefore, prioritise them.”

Echono said that the workshop, therefore, was basically for beneficiary institutions, essentially to familiarise and entrench the culture of planing in them.

According to him, this is so in a bid to take preventive measures to ensure that all procurements of roads, works and services by beneficiary institutions are done speedily.

He said it was to ensure that they comply with the relevant laws, particularly as related with Procurement and  Financial Acts  regulation.

Echono said that his expectations from the retreat were quite few but very important.

He said that, firstly, all the beneficiary institutions, though there have been some  changes in leadership, may not be acquainted with the culture and therefore stand a chance to familiarise.

He added: “Some of the vice chancellors, provosts and rectors  are all just coming on board and not too many of them were acquainted with the culture, when they were holding positions of non executive nature.

“So, we want them to be conversant with the rules and regulations that apply.

“Again, we want them to imbibe the culture of planning, that you plan ahead rather than wait until funds are allocated to you.

“You have to select your projects, prioritise and plan them and rank them well ahead.

“That is why they we have physical planning department.

“They have structures within their institutions, budget committees that do all of these.”

Echono said that TETfund was also set to establish the culture of having iconic projects in  tertiary institutions.

He said that this was to avoid littering the  campuses with small structures, but instead have buildings that would span several decades and endure the test of time.