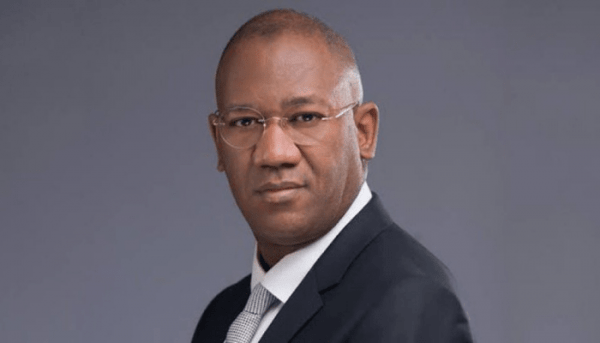 The vice presidential candidate of the Labour Party for the 2023 polls in Nigeria, Datti Baba-Ahmed, has hailed what he termed the improved dress sense of his counterpart in the All Progressives Congress, Senator Kashim Shettima.

The Labour Party vice presidential candidate made the sarcastic statement on Thursday in Abuja at a conference.

The Eagle Online recalls that Shettima had come under attack for his dress sense at the Annual Conference of the Nigeria Bar Association in Lagos on August 22, 2022.

He wore an oversized suit and a sneakers to the event.

Speaking in Abuja on Thursday, the running mate of Peter Obi for the 2023 elections said it was gratifying that Shettima’s dress sense had improved.

Baba-Ahmed said: “We congratulate Mr. Shettima on having improved his dressing, but equally remind him that he needs to improve on his public composure and discipline in communication.

“Shettima is called upon to speak kindly and more responsibly about all personalities if only to uphold long-established standards.

“Little wonder he has consistently put to shame the noble heritage of the great Bornu Empire, in his unguarded and uncultured public pronouncements, which expose his intellectual laziness and discomfort with empirical facts and arguments.

“It is pertinent to recall how Mr. Shettima at a recent public event belittled Atiku Abubakar’s educational qualification as well as the modest lifestyle of Peter Obi.

“Clearly, Mr. Shettima is out of touch with reality and cannot understand that people like Peter Obi, who have reached the heights in business and material achievements, have long transcended the need for ostentatious display of wealth.”