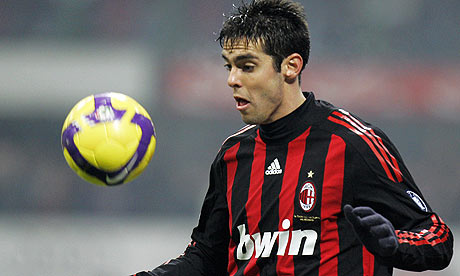 Kaka has confessed that he rates Lionel Messi higher than Cristiano Ronaldo, with the Barcelona superstar “a genius, a pure talent”.
Kaka played with Ronaldo at Real Madrid between 2009 and 2013, but he admits Messi is the better all-round footballer.
“I played with Cristiano and he’s really amazing, but I’ll go with Messi,” he said during a live Instagram Q&A, Goal.com reports.
“He’s a genius, a pure talent. The way he plays is incredible.”
Despite that, the former Milan maestro was no less effusive in his praise of the Juventus forward.
“Cristiano is a machine. It’s not just the way he’s strong, powerful and fast; he’s strong mentally.
“He always wants to win and play. To be the best. For me, that’s the most incredible thing he has.
“In the history of sport, they [Messi and Cristiano] are definitely in the top five. We are very lucky to have been able to see both of them.”