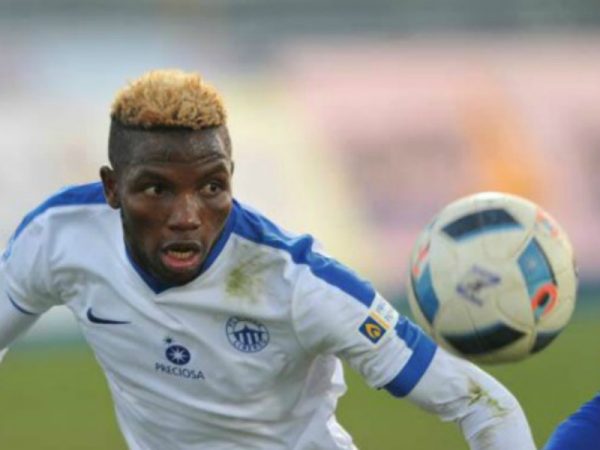 FC Viktoria Plzen, a club in Czech Republic’s First League, have completed the signing of former Akwa United player Ubong Ekpai.
The made the disclosure on its twitter handle @fcviktoria en on Monday.
The 22-year-old arrives from FC Fastav Zlín, also in the First League, the country’s top division and has put pen to paper on a three-year deal at Doosan Arena.
On his twitter handle @ubongekpai, the midfielder thanked his former teammates.
The tweet says: “Thanks to all my teammates and the fans that supported me in Fastav Zlin, I will always remember you. I love you.”