Africa and the ‘Ebola diplomacy’ by super powers 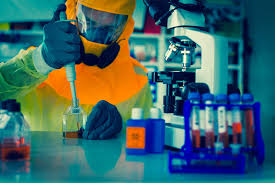