The blood of Biafra, by Femi Fani-Kayode 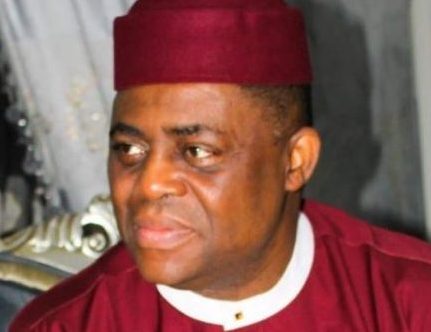 Today is Biafra day. It is a day that has been set aside to honour the memory of the three to five million Biafran civilians that were killed in the Nigerian civil war, which took place from 1967 to 1970.

It is pertinent to note that 95 per cent of those that were killed were civilians and at least one million of them were innocent children who were purposely targeted and systematically and clinically starved to death. This is one of the greatest war-time atrocities and barbaric acts of ethnic cleansing, mass murder and genocide in human history and the entire world sat by silently and watched with horror and disgust as the Nigerian state effected it with cold-blooded precision.

To use Macbeth’s infamous words in William Shakespeare’s famous play, this was indeed a “bloody business”.

Yet at the time and for the last 50 years, instead of showing remorse, the Nigerian state has tried to justify this madness, including the starving of little children, by making a series of heartless and incendiary statements like “starvation is a legitimate weapon of war” and others like “we cannot be expected to feed our enemies”.

These words and such sentiments are not only heartless, chilling and cold-blooded but they are also totally and completely unacceptable. What we did to the Biafran civilian population was nothing short of a war crime and every single person that was in any way involved in the carnage should have been prosecuted for crimes against humanity at the International Criminal Court.

Aside that I have always maintained that Nigeria owes an apology to the people of the South East for this great injustice and act of sheer wickedness. Admitting that what we did was wrong is not an act of weakness and neither does it make those of us that say it unpatriotic.

It would also prove that we are remorseful, humane, decent and civilised and it would open the door for God’s forgiveness and redemption for our people and nation.

Apart from bring the right thing to do this is also a profound and deep spiritual principle which is acknowledged by much of humanity but which, for some curious reason, is lost on most Nigerian leaders.

Virtually every country on this planet that has committed acts of genocide against its own citizens or the citizens of other countries have acknowledged it and have in one way or the other expressed their regrets to their victims. In many cases they have also sought to make reparations.

They have recognised the fact this is essential to help the healing process and to usher in peace and genuine reconciliation.

The two notable exceptions are Turkey, who killed millions of Christian Armenians after the First World War, and Nigeria, who murdered millions of Biafrans between 1967 and 1970. Both countries have refused to even acknowledge that genocide took place let alone express their regrets for unleashing it.

We must accept the fact that there is nothing noble, wholesome or decent in starving children to death or butchering defenceless civilians in the name of war or anything else.

We must acknowledge the power of God and the sanctity of human life and we must fear His power and His wrath.

Until we do so I am absolutely convinced that nothing can go well for our country because the blood of those innocent Biafrans that we murdered cries to God in heaven for vengeance. Until we do so we shall just continue to go around in circles and things will just get from bad to worse.

Permit me to end this short contribution with the words of my wife Mrs. Regina Fani-Kayode. She said,

“How many people can accept this level of wickedness against their own families and still go on to live in peace with their enemies for over 50 years without any thoughts of vengeance? Even now all they’ve asked for is freedom to develop their own land and not a cry for justice against the leaders of this evil. The earth which opened its mouth to swallow that blood will continue rise up against the progress of this country unless we do the right thing. Let Biafra go!”

Regina’s deep sense of justice and her passion and rage is shared by many throughout the world and in the South Eastern part of Nigeria.

May the souls of all those that died on both sides of the divide in the Nigeria/Biafra civil war rest in peace.