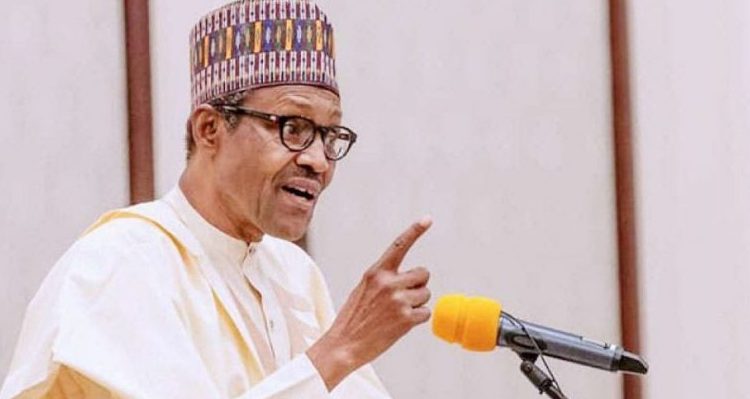 The Socio-Economic Rights and Accountability Project has urged President Muhammadu Buhari to “use the sixth anniversary of his government in power as an opportunity to halt Nigeria’s backsliding from constitutional and international obligations, reverse a steady deterioration of the rule of law and persistent breach of human rights, including the rights to a corruption-free society, and to life and security of Nigerians.”

SERAP said: “We urge you to publicly give an assurance that you and your government would end the worsening rule of law crisis, obey court judgments, genuinely combat grand corruption, and address the systematic and egregious violations of Nigerians’ right to life and security in several parts of the country.”

The Buhari administration is marking six years since coming into power, with some officials claiming that “Nigeria has become a better country than it was before Buhari’s election in 2015”, and that “Nigerians would celebrate and praise the administration after Buhari’s tenure in 2023.”

But in the letter dated May 29, 2021 and signed by its Deputy Director, Kolawole Oluwadare, SERAP said: “We are gravely concerned about persistent attacks on the rule of law. Millions of people are falling into preventable poverty, and live in a state of insecurity. This government’s effort to use anniversary celebrations to deflect attention from its record of assault on the rule of law isn’t going to work. Instead, it should use the occasion to create a rule of law-friendly environment that would make Nigerians safer.”

According to SERAP: “Systematically breaching the rule of law is not a sign of strength. Your administration should urgently comply with Nigeria’s constitutional and international obligations to respect the rule of law, if it is not to leave behind a legacy of impunity and attacks on the rule of law, and ultimately, on the system of protection of human rights after your tenure in 2023.”

The letter, read in part: “Should your government fail and/or refuse to urgently implement the recommended measures, SERAP would approach the Economic Community of West African States (ECOWAS) and the African Union to invoke their charters and treaties to restore the rule of law and human rights in Nigeria.

“Attacks on the rule of law have made it harder for your administration to fulfil your oft-repeated promises to combat corruption, and to protect Nigerians’ right to life and security.

“SERAP is seriously concerned that a culture of attacks on the rule of law has adversely affected the functioning of the country’s judiciary, undermined the integrity and authority of our courts, and reduced their ability to function effectively as the fundamental safeguard of rule of law in the country.

“SERAP believes that respect for the rule of law and human rights is vital if your administration is to be able to effectively and satisfactorily address the growing poverty, inequality, and insecurity across the country.

“SERAP hopes that the next two years will show your administration’s commitment to consistently uphold democracy, the rule of law, human rights, including the right to a corruption-free society, and the right to life and security.

“The rule of law crisis in the past six years is illustrated by your government’s persistent failure to obey decisions of Nigerian courts; failure to consistently combat corruption and push for transparency in asset declarations by high-ranking government officials, and the failure to protect Nigerians’ right to life and security.

“Persistent disobedience of court judgments by your administration represents a systemic threat to the rule of law, as this has infringed upon judicial independence and undermined legal certainty, as well as exacerbated the ‘chilling effect’ on victims’ access to justice and effective remedies.

“Nigeria’s rule of law breakdown, the systematic breaching of the Nigerian Constitution of 1999 [as amended] and the country’s international obligations have also seriously undermined Nigeria’s leadership role within the ECOWAS, the African Union, and generally in the comity of nations.

“Ensuring full and effective respect for the rule of law and human rights would send a strong signal of your commitment to uphold the country’s constitutional guarantees and international obligations, and that you are ready to do what is needed to halt the backsliding from these guarantees and obligations.

“The judgments your government is yet to obey include at least seven judgments obtained by SERAP. The first is the judgment by Justice Hadiza Rabiu Shagari ordering your government to tell Nigerians about the stolen asset it allegedly recovered to date, with details of the amounts recovered.

“The second judgment, by Justice Mohammed Idris [as he then was], ordered your government to publish details on the spending of stolen funds recovered since the return of democracy in 1999, while the third judgment, by Justice Chuka Austine Obiozor, ordered your government to publish details of payments of billions of naira to allegedly corrupt electricity contractors and companies since 1999.

“The fourth judgment, by Justice Oluremi Oguntoyinbo, ordered your government to challenge the legality of states’ life pension laws and to recover pensions already collected by ex-governors now serving as ministers and members of the National Assembly.

“The fifth judgment, by Justice Mohammed Idris ordered your government to prosecute principal officials and lawmakers suspected of padding and stealing N481bn from the 2016 budget. The court also ordered publication of the report on the alleged 2016 budget padding.

“The sixth judgment, by the ECOWAS Court of Justice in Abuja, ordered the Nigerian authorities to provide free and quality education to all Nigerian children without discrimination. The seventh judgment, also by the ECOWAS Court, ordered the Federal Government to hold all oil companies operating in the Niger Delta to account for oil pollution and associated human rights violations, and to pay compensation.

“Another court order that is yet to be complied with is the order for the release of Islamic Movement of Nigeria leader, Sheikh Ibrahim El-Zakzaky and his wife, Zeenah, from unlawful detention, obtained by human rights lawyer and Senior Advocate of Nigeria, Femi Falana.

“Nigeria’s democracy ought to have as its foundation respect for human rights and the rule of law. Treating the decisions of Nigerian courts as not binding is antithetical to any contemporary notion of the rule of law and democracy, and clearly counter-productive to the fight against corruption.

“Democracy is an inherent element of the rule of law, and obeying decisions of the courts, combating corruption, and ending growing insecurity in the country are closely connected with the existence and consolidation of democracy, good governance and development.

“SERAP also urges you to immediately instruct the Attorney General of the Federation and Minister of Justice Mr Abubakar Malami, SAN to enforce all outstanding court judgments against your government since May 2015, including those highlighted above.”