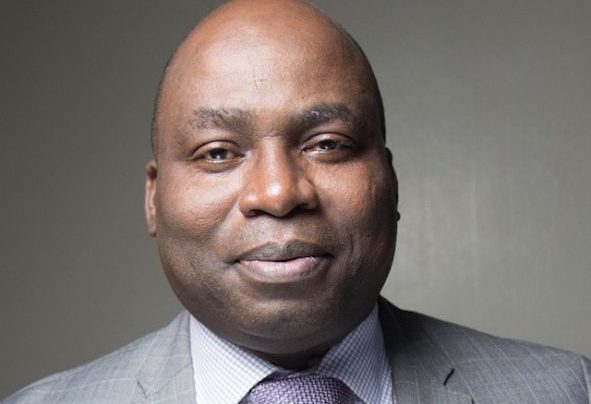 The Independent Corrupt Practices and Other Related Offences Commission has counseled the leadership of the Real Estate Developers Association of Nigeria to self-regulate its members as part of measures to prevent being used for money laundering and Illicit financial Flows.

The ICPC Chairman, Prof. Bolaji Owasanoye (SAN), gave the advice in a goodwill message to the body in Enugu.

He spoke at the 13th Annual General Meeting and Conference of the Association.

Prof. Owasanoye, who was represented by the Commission’s Director of Asset Tracing, Recovery and Management, Adedayo Kayode, urged the leadership of REDAN to introduce the Know Your Customer principles for its clients to avoid serving as conduit for money launderers and IFFs offender.

He said: “It is my position that self-regulation is a way out of this quagmire for the association. REDAN should consciously draw up programmers to build capacity of its members on modern trends in construction and also hold its members to the highest level of ethical standards.

“The Association should introduce and enforce high ethical standards for its members especially to ensure their processes are not used for Money Laundering. In this regard, the Association may introduce KYC principles.”

The ICPC boss stated that the theme of the AGM: “Enhancing the Real Estate Sector through Effective Regulation and Collaborations,” was in line with the Commission’s mandate of partnership and collaboration with relevant institutions towards building a mass mobilisation vanguard in the curbing of corruption and IFFs within the system and out of the country.

The ICPC Chairman, however, expressed regrets that some members of REDAN are engaged by unscrupulous individuals and Politically Exposed Persons to launder their ill-gotten wealth thereby exposing honest and patriotic members of the association to being labeled corrupt by perception.

He said: “REDAN can serve as a buffer for its members by importing building materials in large quantities which will be made available to members at lower cost than the open market thereby forcing down the cost of housing construction in the country.

“The Association should also exploit the possibility of partnering with manufacturers in order to reduce the cost of building materials and assist in making housing avoidable for all.”

The ICPC Chairman further urged the real estate association to consider direct involvement in low-cost housing constructions nation-wide to assist the “Housing for All” Programme of the Federal Government.

He disclosed that the Commission was currently investigating cases of fully completed but unoccupied Estates in Abuja in order to identify estates and estate developers serving as conduit for money laundering and IFFs.

He added that the Commission intends to cover other major housing hubs in the country especially Lagos and Port-Harcourt.

While urging the Association to support the Law Enforcement Agencies in their investigations, Owasanoye advised it to intensify its compliance monitoring of members in areas of unwholesome practices by low quality housing deliveries and shady financial practice.

He stated: “The Commission conducted a System Study and Review of Mass Housing delivery in the FCT where it was discovered that members of the Real Estate Developers Association of Nigeria (REDAN), who had been allocated huge plots of land for mass housing development in Nigeria through the Federal Mortgage Bank of Nigeria (FMBN) with particular responsibility to provide infrastructure after which allocations are made to the NHF contributors failed in the payment of their counterpart funding and in the delivery of infrastructure to the project sites and rather resorted to offering and selling the Estate plots to the highest bidder contrary to the government policy.”