Buhari to promoted Service Chiefs: You’ve got a short time to deliver + Photos

100 minutes before Obasanjo, by Festus Adedayo

President Muhammadu Buhari Friday in Abuja charged the newly appointed Service Chiefs to speed up their actions in freeing the country from the current state of insecurity.

President Buhari said this at a ceremony to decorate the new Service Chiefs with their ranks at the State House, Abuja.

The President said: “During our four-hour security meeting, on Tuesday, I had taken the responsibility as Commander-in-Chief for you to go out into the field and secure the country.

“You have got a few weeks to do that because by the rainy season, we expect people to develop confidence and go back to the land, so that we don’t get into trouble by being away from the field and therefore unable to produce enough food for the nation.”

Buhari told the Service Chiefs to see their appointment, clearance and decoration as a vote of confidence on them.

He said: “For those (of you) that have been confirmed by this ceremony, the decoration, in front of your spouses, is a further confidence loudly expressed on you on behalf of the nation, to respond to the insecurity the country is in, and the nation looks up to you for rapid relief.”

He assured them of his firm support as they deliver on their responsibilities.

He said: “I have accepted responsibility for your actions in the field; it’s up to you to identify your competent officers irrespective of seniority and paper qualification and deploy them to make sure that we secure this country.

“We all look forward to you to perform and I as the Commander-in-Chief, I am backing you 100 per cent, and I expect you to effectively deploy your officers and men to secure the country.”

Responding on behalf of the other Service Chiefs, the Chief of Defence Staff, General Lucky Irabor, assured the President that they will not fail in their responsibilities as the mandate is clear.

“Nigeria will have peace again. Based on the mandate, we will address all issues, working with all other security organisations,” he said. 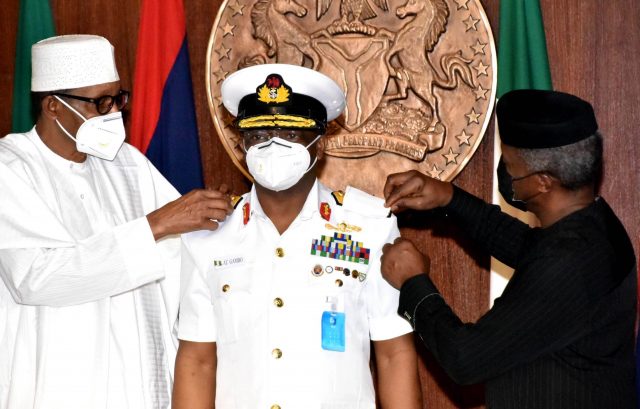 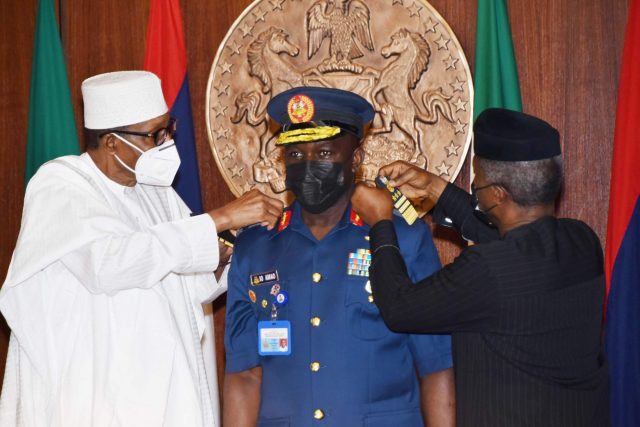 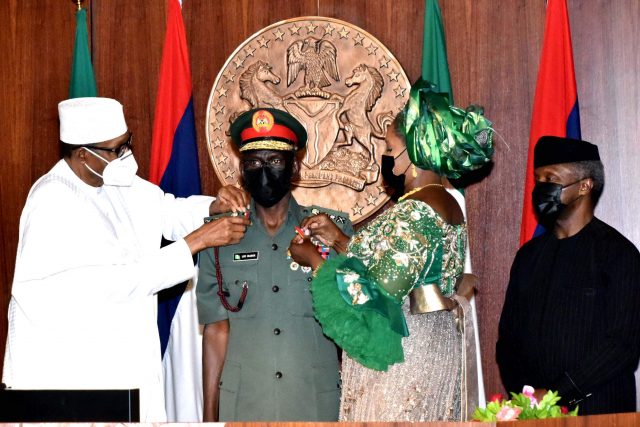 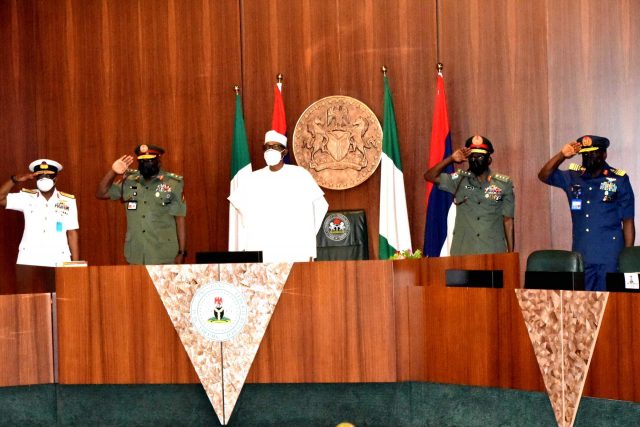 100 minutes before Obasanjo, by Festus Adedayo