2022 World Cup: Newcastle striker to be left out due to injury 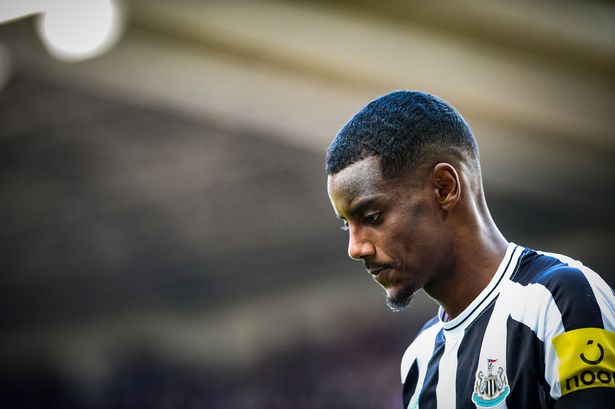 Newcastle United striker Alexander Isak will not play again until after the Qatar World Cup finals.

Isak’s setback, according to the Manager, Eddie Howe is due to an injury.

The Swedish forward was signed on in a deal reported to worth up to 60 million pounds (67.82 million dollars) from Real Sociedad in August.

He has made only three appearances because of a thigh injury.

“We don’t think we will see him again before the World Cup. He has had a setback on his thigh,” Howe told reporters ahead of Wednesday’s English Premier League (EPL) clash with Everton.

“It’s very frustrating for him. As a new player coming to a new league and new club, you want to make an impact and he did in the first few games.”

The 23-year-old Isak made an instant impact for Newcastle United, scoring on his debut against Liverpool and was also on target against Bournemouth but was injured while on international duty.

“It’s been frustrating because he did a lot of work to get fit. He’s desperate to make his mark here,” Howe said.

“If you are trying to look for a positive we will look for his injury to heal and we will get a mini pre-season to get him in peak physical condition.”

The World Cup begins on November 20 in Qatar and it is expected it 7Dec. 18 with the Premier League resuming on Dec. 26.

Newcastle United have lost only once in their opening 10 Premier League games, drawing six, and are sixth in the standings.

They own the Premier League’s best defensive record with only nine goals conceded.

Howe said Tuesday that an improved mentality has led to the vast improvement since he took charge nearly a year ago following the sacking of Steve Bruce.

“We have the mentality here that we want to defend as a team, right from the strikers filtering all the way back to the goalkeeper,”

“We attack as a team as well. We try to be very brave and aggressive in all forms whether we are attacking or defending.

“We go for perfection and that is a difficult bar to hit but we are trying to get there.” Howe said.