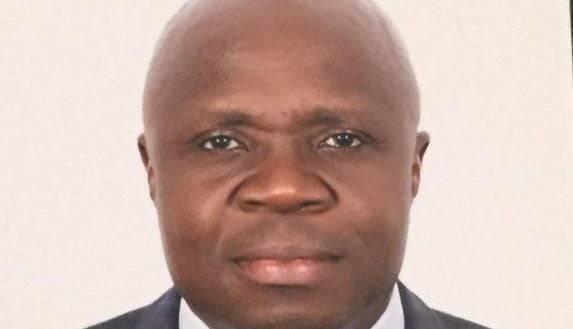 There is something you can hardly take away from Governor Udom Emmanuel of Akwa Ibom State. He has a way with words. It’s a tradition he inherited from Obong Victor Attah and Godswill Akpabio—his predecessors. It is inarguable that as a state governor, people write speeches for him. That’s standard procedure. So, Udom may not take credit for the content of his speeches; but he could, for the delivery.

However, the first time I heard and saw Udom move a crowd to frenzy, he spoke extempore. That was five years ago when he addressed Obong Attah at an event organised by Senator Effiong Bob to mark his wife’s 50th birthday; in Abuja.

On that day, he sounded deeply emotional. Choice, poetic words simply flowed from his mouth in a regulated pattern, as if rehearsed. He spoke like someone inspired by unseen forces. He did not sound in anyway like a great orator in the mould of Marcus Tullius Cicero or Martin Luther King Jr.

But there was something captivating about his utterance. I could only compare him with Winston Leonard Spencer Churchill, because Churchill had a way with words. Udom is definitely not in the class of the British war-time leader in terms of statesmanship. But in use of words, he seems like a good student of the inspirational grandmaster of statecraft.

A few weeks ago, Udom spoke to the people of the state on what I would call Politics 2023. You recall that once upon a time, I did observe that Udom is not a Nigerian politician in the traditional sense. He is a stranger on the scene. He does not belong to the old school of political engineering. To put it mildly: he has no political pedigree. He was never there. He simply emerged; unplanned.

Maybe, this accounts for his orchestrated tight-fisted policy when it comes to sharing money or enhancing stomach infrastructure. This has created a lot of enmity against him—even within his executive council. That is why information on government expenditure gets exposed to the public so easily by those who can’t wait to see him off in 2023 so that government money can go round!

These are the same people he does not want to take over from him at the expiration of his tenure. The general belief in the state is that Udom has a secret agenda regarding who he wants to succeed him in 2023. The name or full identity of that person remains a guarded secret; known only to Udom. He almost confirmed this speculation when he raised close to a dozen questions in the broadcast he made to mark his six years in office. From the manner he asked those questions, it could also be concluded that he knew those who must not take over from him.

This was how he started: “The tone and tenor of governance has changed from an all-knowing, all hectoring potentate to the one based on humility, in strength and Christ-centric disposition in execution and direction.” Then he went rhetorical: Let me now ask you my dear Akwa Ibomites: Do you want a successor who will cancel out all the great strides in industrialization we have started (or) the peace we currently enjoy and return us to the years when violence and kidnapping reigned and sowed fear in the hearts and minds of the people?

“Do you want a successor who will come with anger towards all we have done, as opposed to continuing with the great works we have started?  Do you want a leader whose approach to testing his popularity would be to drive in a long convoy to Ibom Plaza and throw money at the hapless people, watching them scramble for the money….? Is that the kind of a successor you want? Is that the kind of empowerment our people deserve…someone who will bring out the worst in our youths rather than challenge them to cease the future and unleash their potentials?

“Do you want a successor who will relegate God to the background and assume an all-knowing power? Or do you desire a successor with a known e-mail address that the international business community recognises? Do you want a leader who will fritter away our commonwealth in search of cheap popularity or one who would utilize the resources and continue investing in projects with enduring value?

“Do you want a successor who would see Government as a cabal where our commonwealth would be shared among a privileged few or do you desire a leader who would continue to unleash the entrepreneurial spirit of our people, a successor who understands the economic dynamics that shape our globalized space and would utilize those skills to advance our well-being? “

Those familiar with the identities and credentials of each of the 2023 governorship aspirants within the Peoples Democratic Party in Akwa Ibom, will not find it burdensome theorising on whose career or political pedigree fits the governor’s expected qualifications. So far, as apolitical as I am, and from the little I know, the cap seems to fit only one or two heads among the aspirants.

But the big question is this: Is Udom in a position to decide and handpick his successor? Before I answer that question, let’s find out: how did Udom emerge as a governor in 2015? Answer: he was handpicked; sold to the people and installed! Is it likely that we are going to have a repeat performance? Hold your breath!

Udom has always said, and a lot of people seem to agree with him, that he would not support the emergence of a cultist as his successor. But this position needs further clarification and serious amendment. Government needs to tell us, without any ambiguity, who a cultist is. If I were a member of social or cultural group like the Black Axe, Ogboni Society, the Vikings, Ekpe Society, Ancient Mystical Order of the Rosae Crucis (AMORC), the Seadogs, or the Eiye, among others, am I cultist? Is any of these a cult? What about the knife-wielding village-based traditional organisations?

Then he added another question: “Do you desire a leader who would continue to unleash the entrepreneurial spirit of our people, a successor who understands the economic dynamics that shape our globalized space and would utilize those skills to advance our well-being?” This is a beautiful question. Akwa Ibom people need a governor with a sight on higher goals—someone whose priorities must align with the changing world. The old order of politics must give way to something new.

In all of these, Udom seems to be playing the amended version of the General Ibrahim Badamasi Babangida game. The military dictator used to proclaim that he knew the category of people who would not succeed him but he was unaware of the person that he would eventually handover to. We all knew how insincere he was.

In Udom’s case, he certainly knows both the qualifications of his possible successor, and who the person would be. In attempt to keep his eyes on the ball, he is smartly trying to disqualify every other contender by raising the red flags pretty early. Someone told me a few days ago: If you think anything is wrong with what Udom is doing, find out from Lagos people how they elect their governors!

However, I completely agree with Udom that not just Akwa Ibom, but Nigeria, in 2023, needs a leader who will not fritter away the peoples’ commonwealth in search of cheap popularity; a leader who would diligently utilize available resources and continue investing in people-friendly projects with enduring value. That’s the leader we need. I will soon be back.