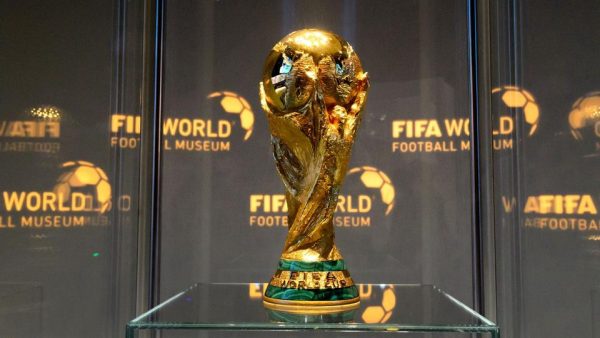 Portugal and Poland claimed their spots at the 2022 World Cup finals in Qatar later this year with 2-0 and 1-0 wins against North Macedonia and Sweden respectively on Tuesday.

They had a semi-final win over Turkey in Porto to set the stage for Tuesday’s triumph.

Midfielder Bruno Fernandes fired into the bottom corner in the 32nd minute after a neat interplay with Ronaldo.

But their opponents’ captain Stefan Ristovski will rue his inexplicable cross-field pass in midfield to concede possession.

Fernandes doubled the lead midway through the second half by sweeping home Diogo Jota’s cross to complete a fine counter-attack and deserved win in Porto’s Dragao Stadium.

“This game has to stay in the memory because we made it to the World Cup,” Fernandes later said. “It was a very important game, the fans were impeccable.

“Without detracting from any other stadium, the atmosphere was spectacular today. People realised what we needed.”

North Macedonia had stunned continental champions Italy in their semi-final but fell short of a first-ever World Cup finals appearance.

“I am satisfied with my players,” North Macedonia coach Blagoja Milevski said.

“We should be proud of the guys for what they’ve done from September until today.

“They bring great potential and talent, and are well on their way to getting closer to the best in Europe.”

Poland talisman Lewandowksi netted the only goal from the penalty kick spot four minutes after the restart against Sweden.

Half-time substitute Grzegorz Krychowiak was barged over in the penalty box by Jesper Karlström.

“We have had many problems before this match,” Lewandowski later said. “A lot of our players were injured, including me, I had [a] problem with [my] knee.

“We suffered, but now we can celebrate. I am proud and happy.”

Home goalkeeper Wojciech Szczęsny made two huge saves on Emil Forsberg either side of the goal in Chorzów’s Śląski Stadium.

The result left veteran star Zlatan Ibrahimovic, who came off the bench late on, with just one World Cup appearance in his career – back in 2006.

“Everyone is disappointed,” Ibrahimovic said. “That’s normal when losing. Everyone wants to play in the World Cup, but unfortunately that won’t happen.”

The final European play-off spot for the November 21 to December 18 tournament is set to be settled in June.

Ukraine’s semi-final at Scotland was postponed due to the Russian invasion.

The winners will meet Wales in the final.

Friday will see the draw made in Doha with holders France, world number one Belgium and Euro 2020 runners-up England among the European nations qualified.