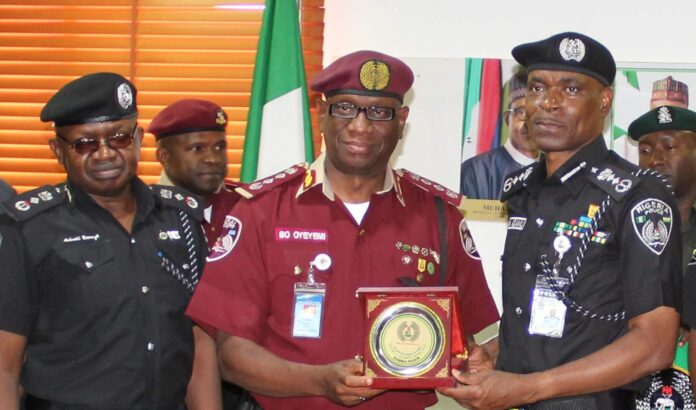 The Inspector General of Police, Mohammed Adamu, has ordered Commissioners of Police to confiscate vehicles illegally using Spy number plates, sirens, revolving lights or covered number plates.
The Force Public Relations Officer, DCP Frank Mba, disclosed this in a statement on Monday in Abuja.
Adamu gave the order during a working visit by the Corps Marshal of the Federal Road Safety Corps, Boboye Oyeyemi.
The I-G also ordered the Commissioners Police to ensure diligent prosecution of the offenders.
He said: “To this end, all vehicles found to have Spy number plates not duly issued, using sirens, or revolving lights without permit or having covered number plates will be promptly impounded.
“These practices are illegal and pose monumental security risks to the nation and its people.”
Adamu pledged the commitment of the police to sustain the existing partnership between the police and the FRSC in the areas of operations, training, intelligence sharing and prosecution of offenders.
The IG commended the Lagos State Commissioner of Police, Hakeem Odumosu, for personally taking the charge against these unwholesome practices, especially the unauthorised concealment of number plates and other related offences.
In his remark, the Corps Marshal said the visit was to ensure improved collaboration between the police and the FRSC in key operational areas.