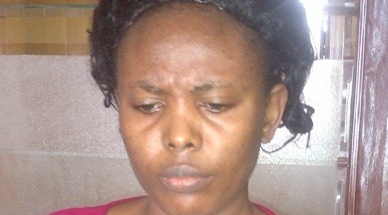 The National Drug Law Enforcement Agency has prevented a 30-year-old Brazil-based hair stylist from smuggling cocaine into the country. 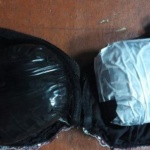 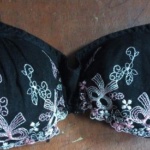 Officials discovered that the brassiere of the suspect was laden with narcotics at the Murtala Muhammed International Airport, Lagos during the inward screening of passengers on a South African Airways flight.
The suspected white powdery substance tested positive for cocaine with a gross weight of 535 grammes.
Sequel to this seizure, the Agency has vowed to detect more hidden drugs and prosecute offenders.
The NDLEA commander at the Lagos airport, Ahmadu Garba, gave the name of the suspect as Nnanji Juliet Ijeoma.
“A thirty year-old lady by name Nnaji Juliet Ijeoma was arrested on her way from Brazil following the discovery of 535 grammes of cocaine hidden inside her brassiere. The incident is being investigated and she will soon be charged to court,” the commander stated.
The suspect, who is a hair stylist and a Diploma holder in Mass Communication, said that she smuggled the drugs because she needed money.
Nnaji, in her statement, said: “I work as a hair stylist in Brazil where l reside for the past two years. I studied mass communication but because of lack of job, I work as a hair stylist in Brazil. I was approached to smuggle cocaine to Nigeria and I accepted because of the money involved. I needed money for my personal problem. The drug was prepared inside brassiere and given to me to put on. I did not know how it was packaged. My role was to smuggle the drug to Nigeria and collect the sum of one million naira.”
Nnaji hails from Enugu State.
The Chairman/Chief Executive of the Agency, Colonel Muhammad Mustapha Abdallah (retd), in his reaction said that drug traffickers are becoming more desperate in their mode of operation.
Abdallah, however, assured members of the public that the Agency is determined to counter the criminal plans of drug cartels.
He said: “It is obvious that drug traffickers are getting desperate but we are prepared to counter their operations through superior intelligence. The discovery of the drug was a big surprise to the suspect because she felt her mode of concealment was full proof. l want drug traffickers to note that no matter how smart they conceal their drugs, we shall detect them.”
The NDLEA boss added that efforts are ongoing to unmask other suspected members of the syndicate who are working with International Drug Trafficking Organisations in Brazil.