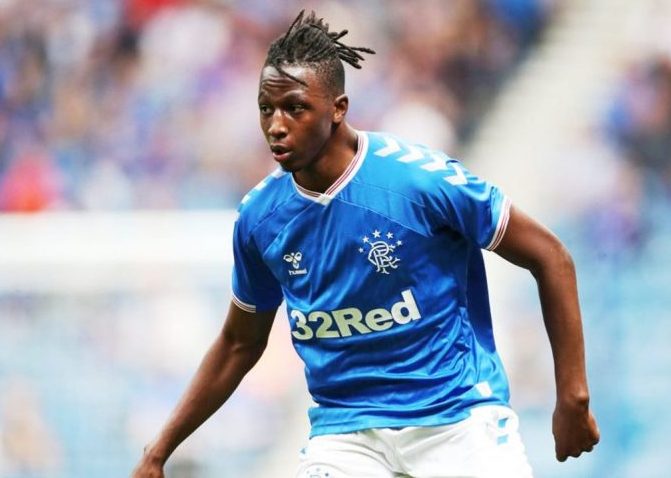 Nigerian international, Joe Aribo, has sent a warning signal to Sierra Leone ahead of next month’s African Cup of Nations qualifiers double header following his strike in Rangers win over Livingston on Sunday.

Ianis Hagi dispossessed Efe Ambrose and set up Jermain Defoe, whose shot was stopped by the goalkeeper’s legs.

But Hagi showed good awareness to square to Aribo, who swept the ball into the empty net.

The second goal came from James Tavernier’s accurate ball over the top.

Defoe got in between the Livi centre-backs and did not break stride as he met the ball as it dropped.

Defoe scored his 300th goal in club football as Rangers moved six points clear in the Scottish Premiership with a 2-0 home victory over Livingston.

The 38-year-old produced a sublime finish to put Rangers two ahead in the 16th minute as Steven Gerrard’s side made the most of the opportunity presented by Aberdeen’s late equaliser in a 3-3 draw with Celtic.