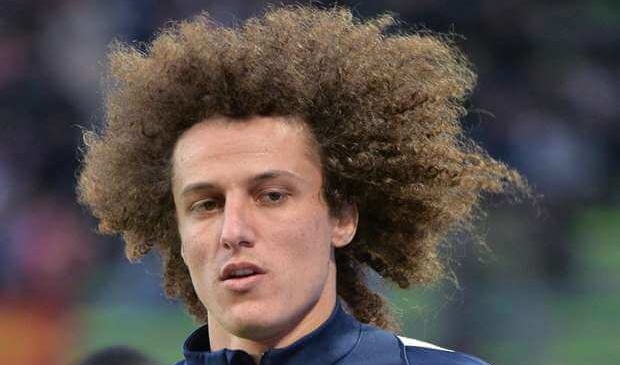 Arsenal have twice come from behind to earn a 2-2 draw with Chelsea, despite David Luiz being handed a red card during the first half of Tuesday night’s Premier League contest at Stamford Bridge.
After Luiz had prevented Tammy Abraham from converting into an empty net, the former Blues defender was dismissed, leading to Jorginho scoring from the spot.
However, during a frantic second half, Gabriel Martinelli and Hector Bellerin both scored equalisers for their team, either side of Cesar Azpilicueta putting Chelsea back in front during the closing stages.
After disappointing results at the weekend, both teams started brightly, with Chelsea’s Andreas Christensen squandering the first opportunity of the contest by heading wide from eight yards.
Tammy Abraham wasted an even better opportunity moments later, heading the ball straight into the hands of Bernd Leno from six yards after a clever knockdown from Antonio Rudiger.
Callum Hudson-Odoi then hit the crossbar for the Blues, although the winger’s inswinging effort which struck the top of the woodwork appeared to be a cross rather than a shot.
Arsenal had been second best as the game headed towards the half-hour mark, and their task was made no easier when a mistake from Shkodran Mustafi led to defensive teammate Luiz being dismissed.
After a short back-pass from Mustafi, Abraham was able to round Leno before setting himself to convert into an empty net, only for Luiz to cynically prevent the striker from getting his shot away.
Despite a defender getting back on the line, VAR ruled that the Brazilian deserved his red card, before Jorginho stepped up to slot the ball into Leno’s left-hand corner.
While Chelsea almost doubled their lead through a fine Hudson-Odoi half-volley which was saved by Leno, Arsenal were able to see out the rest of the first half without further damage, even causing their hosts concern at the other end of the pitch.
Mikel Arteta had toyed with making an alteration immediately after Luiz’s sending off, but the Gunners returned for the second half with Granit Xhaka in central defence and Mesut Ozil occupying a role in the middle of the park.
Despite the Spaniard soon feeling the need to replace Ozil, his bold approach was working with Chelsea failing to get any notable shots away in the final third.
The Blues were ultimately made to pay, although Arsenal’s leveller, which came no more than 10 seconds after they defended a corner, was the home side’s own doing.
As Martinelli broke forward, N’Golo Kante slipped on the halfway line to gift the youngster a way through to goal, and the forward made no mistake with a composed finish past Kepa Arrizabalaga after a 65-yard run up the pitch.
While being clawed back encouraged Chelsea to go back on the offensive, there was still a concern that Arsenal would hit them on the break, leading to the game being played end-to-end.
However, Chelsea eventually got their noses back in front through Azpilciueta, who held his run perfectly to volley Hudson-Odoi’s inswinging cross into the bottom corner from eight yards.
The Blues naturally would have expected to see out the rest of the contest, especially given that they remained with a man advantage despite a knock being carried by Abraham.
Arsenal had other ideas, however, as Bellerin received the ball on the edge of the area before managing to find the far bottom corner with his weaker left foot.