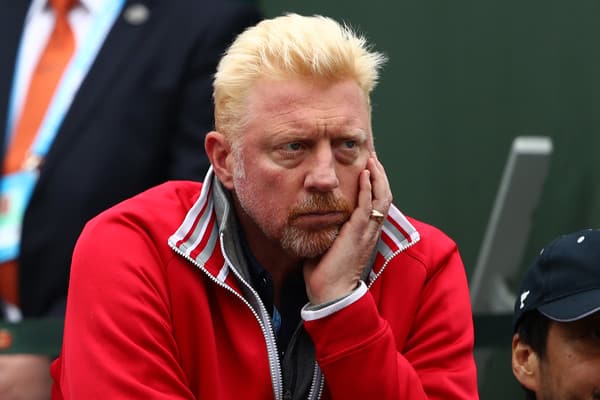 Former Wimbledon tennis champion Boris Becker has been banned from driving and fined nearly £1,700 after racking up two speeding offences on the same road in four months.
Becker, 51, first sped through the 30mph A-road in Putney, south-west London on March 24 last year, and was then was caught on a camera speeding down the road again on July 1, 2018, the day before Wimbledon started.
In both cases he was going between 11 and 13 miles an hour over the speed limit of 30 mph.
He already had nine points on his licence for using a phone and speeding.
The former world number one did not appear for his hearing at Lavender Hill Magistrates’ Court on Wednesday afternoon and was represented by barrister Rhys Rosser.
According to a court documents from May, Rosser was instructed by the solicitors firm owned by “Mr Loophole” Nick Freeman.
Freeman famously defends celebrities in motoring cases and helped David Beckham dodge a speeding offence last year.
But Rosser did not make an application for Magistrates to consider whether Becker could avoid a ban under “special circumstances” and said his client accepted he would be handed a six-month ban.
He said Becker had a “high income” and although no financial details were provided to the court, the sports pundit accepted he could be fined a maximum of £1,000 per offence.
Rosser said: “He’s not able to attend and he’s content for proceedings to go ahead in his absence.
“He accepts that by the imposition of penalty points he becomes a totter and therefore faces a six month disqualification.
“There’s no application in respect of that. He’s held a UK driving licence since 1996.
“He asks for a six month disqualification be imposed, he makes no issue in respect of the decision.”
Becker’s lawyer added that the case had taken time to be resolved as Becker may have been prosecuted for another alleged traffic offence from August last year.