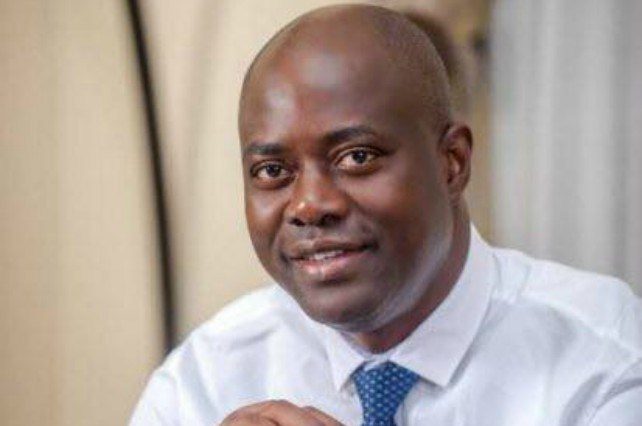 The Oyo State Governor, Engr. Seyi Makinde, has stated that his administration will partner with the National Directorate of Employment to take youths of the State out of poverty.
The Governor also said that the state was poised to turn the energy in the youths to assets for developmental purposes.
Makinde stated this while hosting a delegation of the NDE in Oyo State, led by the State Coordinator, Alhaji Awosanya Adebayo.
According to a statement signed by the Chief Press Secretary to Makinde, Taiwo Adisa, the State Government was ready to introduce different youth empowerment schemes that will enable the teeming youth population to become gainfully employed and maximise their entrepreneurial potentials.
Makinde also said his government was ready to partner with the NDE with a view to enhancing employment opportunities for the youths in the state.
The governor said: “Oyo State Government will always be ready to collaborate with any group or organisation on how unemployed youths in the state can be taken out of poverty.
“Oyo State is not ready to set the pace in poverty multiplication among the youths but will do everything that is possible to alleviate poverty in the state.”
He noted that the state will key into different NDE programmes that have to do with the empowerment of youths, positive engagement of the people and things that could reduce social tension and allow youths in the state to be self-reliant and self-sustaining.
Makinde said: “Your agency has the responsibility of assisting youths of the state and our government would cooperate with you by supporting your activities towards providing the training that will make our youths to be self-reliant and self-employed.”
He noted that the requests of the NDE team would be looked into and that necessary assistance would be provided to the Directorate.
Earlier in his remarks, Adebayo briefed the governor on the activities of the Directorate, which he said was established in 1986 to combat unemployment, especially among the youths.
He disclosed that the NDE had collaborated with the World Bank in form of a programme called Youths Employment and Social Support Operation.
According to Adebayo, the programme is being implemented by the World Bank, Federal Government and the participating states, among which is Oyo State.
He said: “Already, we have held three cycles of training on this programme, which was designed to alleviate poverty among the vulnerable and poor households in the seven participating states.
“In these states, YESSO has all components and the components NDE is anchoring is called skills for job; it involves training young poor people in marketable skills.”
The state coordinator noted that some youths were unemployed not because there was no job to do “but because they did not have required skills, marketable skills that would grant them employment.
“YESSO is about training for skills for jobs, so NDE train these youths from vulnerable household marketable skills that will make them self employed, to be self reliance and to even have access to wage employment where possible.”
Adebayo categorised the skills for jobs into three levels of training, namely: Life skills, Sector Specific Training and Entrepreneurship Training.
He said the trainees would be attached to where they would do three months Internship, after the three levels of the training, making it a nine months programme.
He disclosed that 182 youths from the state that participated in the first cycle of training have graduated and had been empowered with starter packs and were already in business.
He said: “The Federal Government and World Bank will be responsible for all the cost of the training, including provision of starter packs for beneficiaries of the second and third cycles.
“The preparations for the third cycle has commenced and the Directorate has mined 2,396 from those registered with the state government, out of which 1,284 have been verified.”
Adebayo, therefore, solicited for the assistance of the governor for the third cycle in the area of sensitisation and mobilisation of the beneficiaries for the programme.
He noted that many beneficiaries that were supposed to turn up for training in the previous cycles did stay back.
“Thus, there is the need for effective sensitisation and mobilisation from their towns and villages, from their various local governments so that many of the people that have been mined for the training participate,” Adebayo said.
He also sought for the assistance of the state government in releasing vehicles that would be conveying the trainees from the venue of the training at the state-owned institution in Oyo town to their hostels on a daily basis.
He further requested the state government to have State-Led component of YESSO, saying the Federal Government and World Bank would still be paying for all the cost of the training.
The State Government would be responsible for the provision of starter packs for the beneficiaries at the end of the training.

I feel excited being part of National Economic Council — Uzodinma