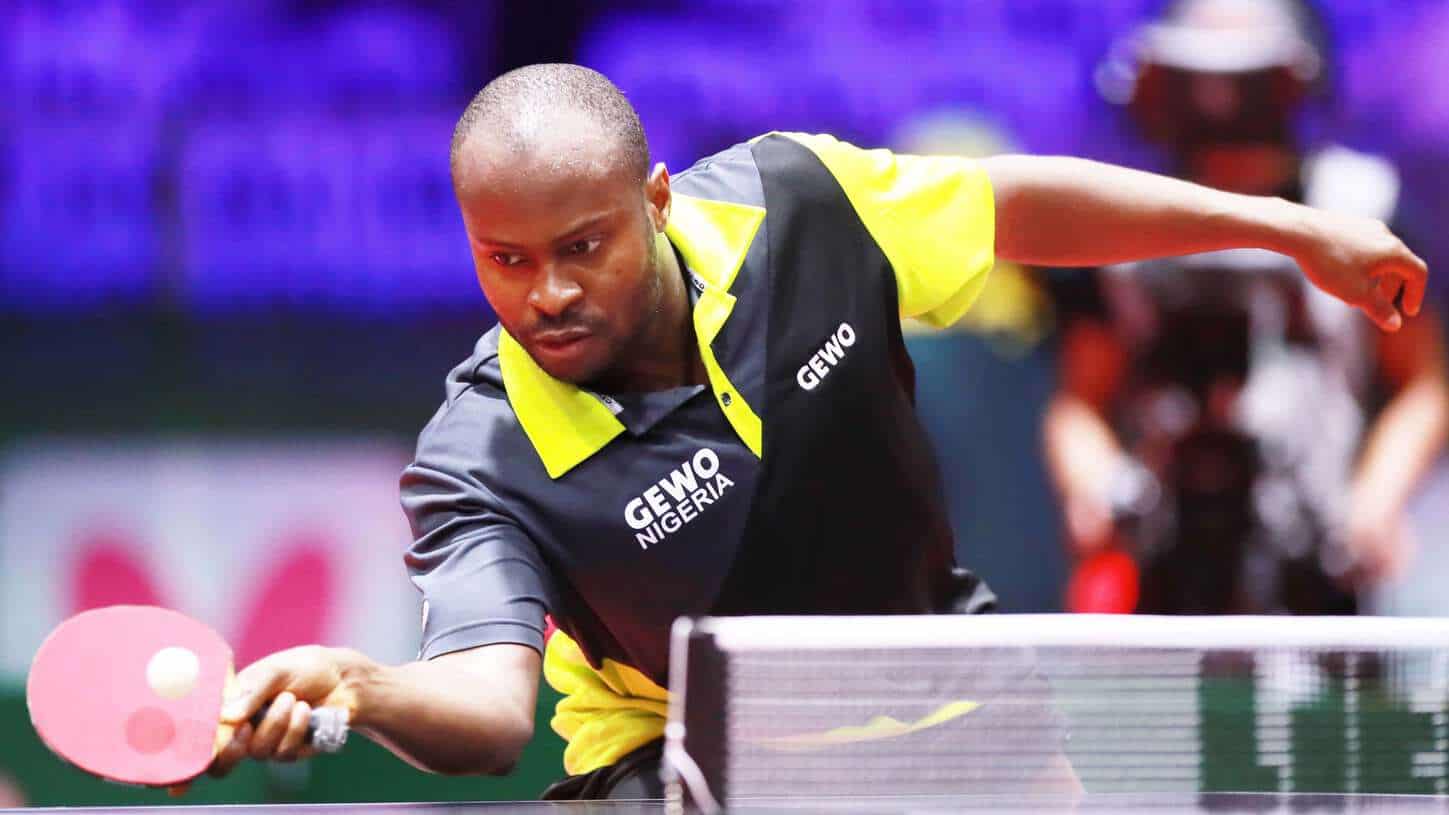 Aruna Quadri stunned one of the most decorated Japanese stars in table tennis to reach the semifinal round of the ITTF World Tour, tagged: “Bulgaria Open.”
Being the last quarterfinal match in the men’s singles, the Bulgarian fans were treated to an exciting moment as there was unbelievable scenes in Panagyurishte after the Nigerian hero knocked Japanese no.4 seed Jun Mizutani in a seven-game thriller.
The 2019 Nigeria Open champion expressed appreciation to the Bulgarian fans for their unrelenting support during the encounter.
He trailed 1-2, but Quadri, well known for his comebacks and fighting spirit, shone through on this occasion, saving two game points in game four before going on to recover from 4-9 down to win game five 11-9.
Mizutani responded well to claim game six, forcing a decider: 9-6 down Mizutani refused to give up the fight, going on to hold two match point opportunities.
However, Quadri showed nerves of steel, saving both points before going on to steal the win (8-11, 11-9, 6-11, 12-10, 11-9, 4-11, 13-11).
In earlier quarterfinal tie, Portuguese qualifier Marcos Freitas is through to the last four in Panagyurishte thanks to a fantastic victory over no.15 seed Chinese Taipei’s Chuang Chih-Yuan.
At the start of play it was the Chinese Taipei player who looked good for the win, claiming the opening game by an eight point margin but Freitas also enjoyed his spells of dominance over the course of the match.
Ultimately it was game seven that produced the main story: 6-7 down Freitas opted to call a timeout, a decision that proved useful as the Portuguese star fought back to win the decider 11-9 and earn his spot in the penultimate round (3-11, 11-2, 11-3, 11-13, 4-11, 11-5, 11-9).
Japanese teenage sensation Tomokazu Harimoto takes his place in the semi-finals of the men’s singles draw following a tight affair with fellow Japanese compatriot Takuya Jin.
Down 3-0 on the scoreboard Jin needed to form a response and one did arrive with the qualifier pulling a game back.
Then in game five Jin held game point advantage on two occasions but failed to convert as top seed Harimoto held his nerve, sealing the win by a 4-1 margin (11-7, 11-6, 14-12, 7-11, 13-11).
German Dimitrij Ovtcharov’s men’s singles run has concluded in the quarter-finals stage in Panagyurishte after the second seed lost out to world no.110 China’s Zhao Zihao in an exciting battle.
The 22-year-old pen-hold grip player from China started strongly and deservedly gained a healthy 2-0 lead.
Up against the ropes Ovtcharov raised his performance, winning two of the next three games to reduce the deficit to 3-2.
In game six the two players gave it their all but there could only be one winner and that proved to be Zhao Zihao (11-6, 12-10, 8-11, 11-6, 5-11, 11-9).
In the semifinal tie scheduled for Sunday (today), Quadri will face Zihao, while Freitas will take on Harimoto.