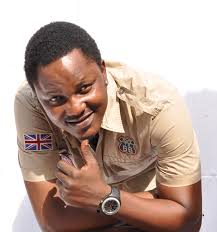 The Juju Music is witnessing a big shake up; one that will likely shake it to its basic foundation.  Ambassador Segun Nabi, the erstwhile Lagos State Chairman (otherwise known as Governor) of the Association of Juju Musicians of Nigeria, has convened a movement, a coalition of forces to take Juju Music back to the forefront in the Nigerian music, show biz and entertainment industry.
Segun Nabi, who’s the convener and President of the movement justified the need for the movement, said that the younger ones in the Juju music industry are no longer encouraged and motivated to move up the ladder. Specifically, there’s no programme of actions for the upcoming ones in the area of promotion, social welfare, networking, musicals distribution, amongst others.
Nabi said: “Few of us who were making efforts at making things happen in the Juju Association were negatively reprimanded.  It was a tug of war such that I had to resign in protest. But for how long are we going to continue to run away from the need to change and do things right for Juju music?”
The Interim National Working Committee of the movement include: Segun Nabi, Shina Harmony, Seyi Akinz Samuel Tee, Femi progress, Governor General, Timmy Wonder, Oluomo Matto and James Micheal.
He stated that the Super Seven symbolizes: super original, super excellent, super Determined, Super Progress, Super Favoured, super Connected and super Protected.

He said seven stands for “PERFECTION”.