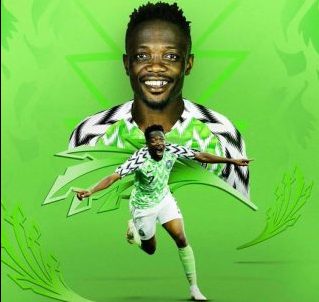 Super Eagles’ captain, Ahmed Musa, has expressed his delight over his 101st caps with the senior national team.

The Fatih Karagümrük of Turkey striker made his 101st cap against the Central African Republic national football team.

The CAR team is otherwise known as Les Fauves.

They succumbed 0-2 to the Super Eagles in Douala, Cameroon in a World Cup qualifier.

The former Leicester City player enthused: “What can I say? I wouldn’t have been able to achieve this without the support of my family, teammates, officials and fans.

“To crown it all, important three points in our game.

“Thank you so much, I don’t take any of these for granted. We will continue to make history #101.”

The pacy star earned his first ever call up to the national team in  2010 under Coach Lars Lagerbäck, prior to the 2010 FIFA World Cup in South Africa after helping the Nigerian team win in the 2010 WAFU Nations Cup.