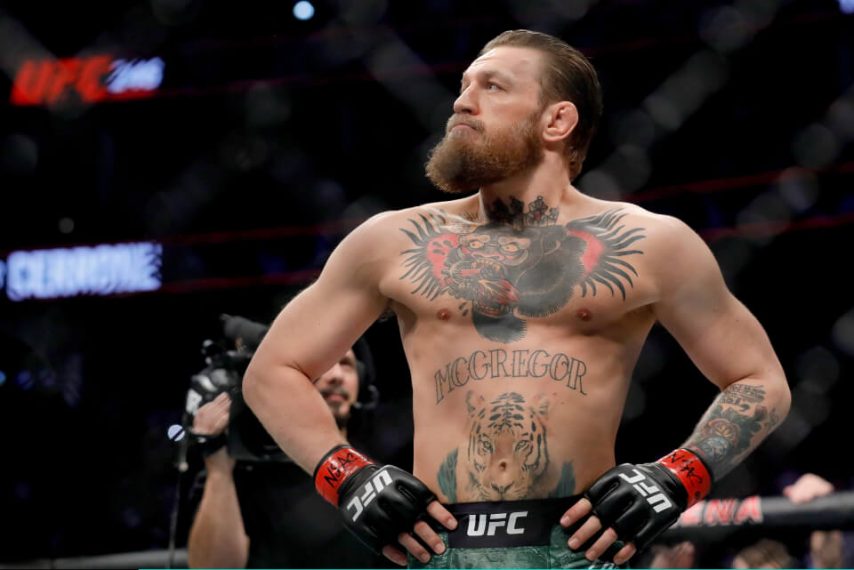 McGregor was reportedly approached by French cops on his £3 million yacht over an alleged attempted sex assault and indecent exposure in a bar last Sunday.

Officers spoke to the star in the port of Calvi, on the isle of Corsica, and asked him to report at Tramariccia station.

He reportedly rode there on his bike.

The prosecutor’s office said: “Following a complaint filed on September 10 denouncing acts that could be described as attempted sexual assault and sexual exhibition, Mr Conor Anthony Mac Gregor was the subject of a hearing by gendarmerie services.”

French media said a “young woman” had made a complaint.

A representative for McGregor, 32, said: “Conor vigorously denies any accusations of misconduct. He has been interviewed and released.”

The star’s manager Audie Attar said: “I am furious and issue a strong and clear warning: Conor McGregor is not and will not be a target for those looking to get a headline or payday.”

McGregor’s lawyer Emmanuelle Ramon called the allegations “abusive” and said her client was released without charges being filed.

The former UFC champ – rumoured to be planning a fight comeback – was held hours before a scheduled 80-mile water bike dash from Corsica to Monaco.

He pulled out of the charity event.

On Friday, a day after the alleged incident, McGregor attended a Calvi bash with fiancée Dee Devlin, 33.

She runs his finances, travels with him everywhere and they live in Ireland with son Conor Jnr, 3, and daughter Croia, 1.

McGregor, nicknamed The Notorious, is said to be worth £90 million and has eight million Instagram fans.

His arrest came after a test by anti-doping officials on his yacht.