Serena to continue fighting for equality until ‘the grave’ 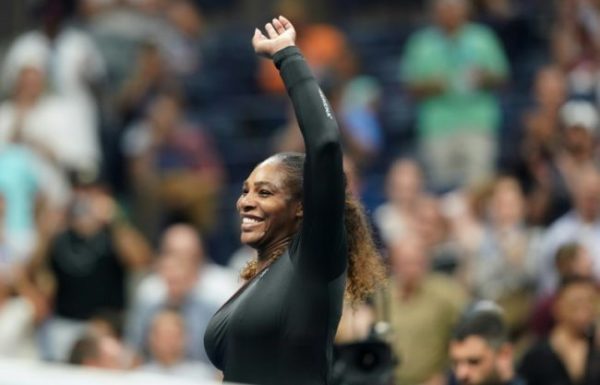 Beaten Wimbledon finalist Serena Williams has said she has no plans to give up fighting for equality to focus solely on her tennis.
Williams’s hopes of matching Margaret Court’s all-time record of 24 Grand Slam titles were dashed again on Saturday with a crushing straight sets defeat by Romanian Simona Halep.
Women’s great Billie Jean King said she felt Williams was spreading herself too thin in an interview midway through the tournament.
She urged the American to stop “being a celebrity” for a year and a half.
“She’s got a baby, she’s trying to help gender equity, particularly women of colour. But it makes it much harder,” 12-times Grand Slam champion King said.
“I will like her to put everything else aside, because she’s got people working on those things.
“I wish she will just make a commitment for the next year and a half to two years and say, ‘I’m going to absolutely focus on what’s necessary for my tennis, so when I look in the mirror when I’m older, then I can go back in my mind and know I gave it everything I had’.”
Williams, who has been outspoken in pushing for gender and racial equality, was asked in her post-match media conference whether she should focus more on her tennis than on social issues and being a celebrity.
“The day I stop fighting for equality and for people that look like you and me, will be the day I am in my grave,” the 37-year-old said.
King, herself a celebrated pioneer in gender equality and social justice, later clarified her comments on Twitter.
“I would never ask anyone to stop fighting for equality,” the American 75-year-old wrote.
“In everything she does, Serena shines a light on what all of us must fight for in order to achieve equality for all.”
Reuters/NAN.