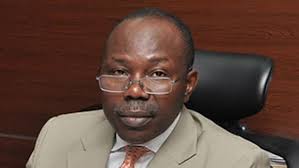 A Senior Advocate of Nigeria, Ebun-olu Adegboruwa, has described the removal of Dr. Muiz Banire as the Chairman of the Board of the Assets Management Corporation of Nigeria as illegal.
President Muhammadu Buhari had on December 10, 2019 announced the replacement of Banire with a Deputy Governor of the Central Bank of Nigeria, Edward L. Adamu.
Adamu oversees the Corporate Services Directorate of the CBN.
But Adegboruwa in a statement on Friday, said by law, Banire’s removal was illegal.
He argued: “By law, the Chairman of AMCON, once appointed, is to remain in office for five years.
“Dr Muiz Banire, SAN had not completed his tenure when the President purported to have appointed another Chairman for AMCON.
“The amendment of the AMCON Act does not automatically dissolve the existing Board or extinguish the offices previously created or already existing prior to the amendment.
“Under and by virtue of section 6 (1) (b) of the Interpretation Act, the repeal of an enactment “shall not affect any right, privilege, obligation or liability accrued or incurred under the enactment.”
“When a law is amended or repealed, there is a presumption of preservation of all things done under the previous law.
“By law, Dr Muiz Banire, SAN, is still the Chairman of the Board of AMCON.
“The Senate cannot in law confirm the purported appointment of another Chairman for AMCON, when the existing Chairman has  not exhausted his tenure or be removed according to law.”