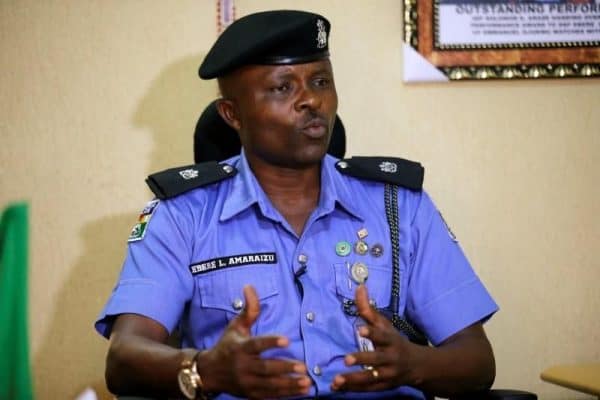 The Police Command in Enugu State has said abducted Catholic Priest, Rev. Fr. Theophilus Ndulue, has been released and reunited with the Catholic Diocese of Enugu.
The command’s Public Relations Officer, SP Ebere Amaraizu, confirmed the release of the priest to News Agency of Nigeria in Enugu on Sunday.
Amaraizu said he had yet to get more details concerning Ndulue’s release by his abductors.
“I have learnt that he has been released and reunited with the church. However, I do not have more details concerning the release now,” the police spokesman said.
Attempts by NAN correspondent to get Rev. Fr. Benjamin Achi, Director of Social Communication of Catholic Diocese of Enugu, on phone for details of the priest’s release were not successful.
NAN recalls that Ndulue was abducted on his way home from a pastoral council meeting by gunmen along Amansiodo Road in Ndiagu-Oghe, Ezeagu Local Government Area on Friday evening.
Ndulue is the Parish Priest of St. Patrick’s Catholic Church, Ihuonyia in Amansiodo community.
The latest incident came barely two weeks after Rev. Fr. Arinze Madu, Deputy Rector, Queen of the Apostle Spiritual Year Seminary, Imezi Owa in Ezeagu Local Government Area, was released by his abductors.
Madu was kidnapped at the seminary’s gate on October 29.