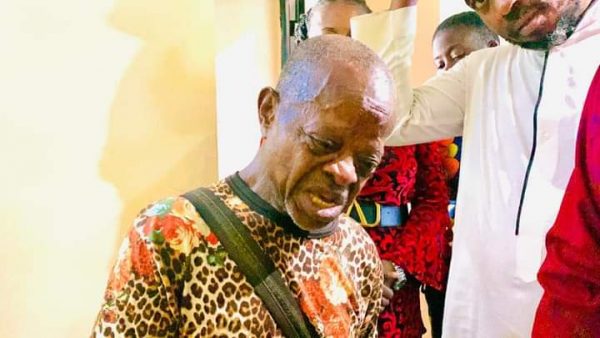 The actor had trended on the Internet on Monday where it was reported that he was homeless.

Following the report, Pastor Chinyere made an open call for Aguba’s whereabouts, stating that the actor will be given an accommodation in one of the ministry’s free estates in Rivers State.

True to his words, the pastor has given the actor a new accommodation and medical treatments to go with it.

The caption read, “The veteran Nigerian actor Kenneth Aguba who was recently found homeless has been found by the General Overseer of OPM, Apostle Chibuzor Chinyere.

“He has been given accommodation at one of the OPM free estates. He is now at the OPM free hospital for medical checkup. God is great.”