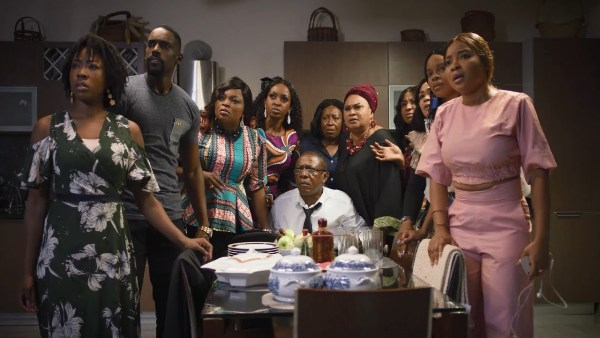 “Chief Daddy” has become the third movie from the EbonyLife Film’s studio to get on Netflix.

According to a statement by EbonyLife film, viewers around the world will have access to watch “Chief Daddy” from March 15, 2019.

Released on December 14, 2018, “Chief Daddy” is the third EbonyLife Films title to be acquired by Netflix.

Speaking on the development, Mo Abudu, the Executive Producer, said she is excited that Africans in Diaspora will finally be able to access Chief Daddy on Netflix.

Abudu said: “Being able to satisfy the demands of African viewers around the globe to watch Chief Daddy – and so soon after its in-cinema run – is a wonderful opportunity.

“Nigerians abroad follow all the latest developments back home, and we’ve had scores of requests to watch the film online.

“So we’re delighted to partner with Netflix to share our stories and bring joy and laughter to millions of Nollywood film lovers worldwide with Chief Daddy.”

The News Agency of Nigeria reports that Chief Daddy tells the story of a Lagos-based billionaire, Chief Daddy, who suddenly dies at the dinner table.

There’s a scramble amongst family members, household staff and mistresses for a slice of his fortune.

But there’s a catch – a codicil to his will declares that they must find a way to work together to arrange his funeral or risk losing everything.