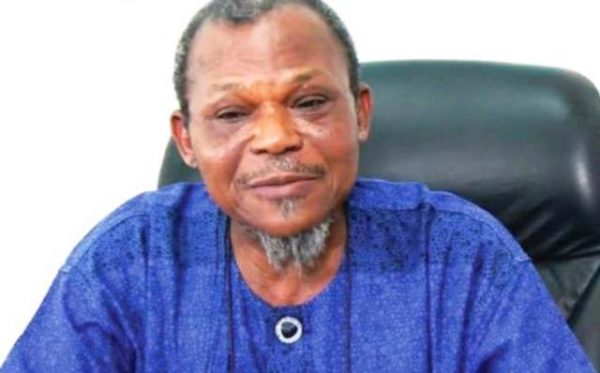 An Ikeja High Court on Monday ordered the Nigerian Navy to convey the body of the late retired Rear Admiral Ndubuisi Kanu from Lagos to Imo State and hand over to the state government prior to the burial.

The late Kanu a former Military Administrator of Lagos and Imo States, died on January 13, 2021 at the age of 77.

His death was as a result of COVID-19 complications.

The News Agency of Nigeria reports that Gladys, one of the two wives of the deceased, had dragged other members of the Kanu family and the Nigerian Navy to court over how his funeral rites should be conducted.

The plaintiff had sought an order of the court to direct the respondents, their agents or privies not to threaten her and to allow her properly prepare for the burial slated for October 15.

In a ruling, Justice Christopher Balogun said to guarantee the safety of the corpse, the body should be transported to the South-East by the Nigerian Navy where it will be handed over to government officials.

He said the interment originally slated for October 16 will no longer take place on that day, but on October 15.

This, according to Balogun, is due to security concerns emanating from the All Progressives Congress Convention that is scheduled to take place in the South East.

He ruled: “After listening to all the parties – the wives and the children who personally attended court today and hearing from the elders of Ovim Community, this court in the interest of all the parties and the security and safety of the corpse of late Rear Admiral Ndubuisi Kanu, hereby directs as follows:

“That the officials of the Nigerian Navy are to ensure a befitting burial for the late Rear Adm. Ndubuisi Kanu together with his wives and all his children to take place on 15th October, 2021.

“The Nigerian Navy is to ensure that the corpse of the late Rear Admiral is secured and protected prior to the burial and during the burial.

“The Nigerian Navy shall prepare the corpse in full regalia of a Rear Admiral and shall fly and carry his remains from the Military Mortuary in Ojo, Lagos on Wednesday, 13th October and proceed to the Muritala Mohammed International Airport.

“The remains shall be flown to the Sam Mbakwe International Airport, Owerri, Imo State, where the body will be identified by the ‘Ada’ of the family.

“It shall then proceed to the Government House to be received by the Imo State Governor and the wives and family of the late Rear Admiral and people of Imo State.”

Balogun said the body will then be moved to Abia state for a full state burial.

He added: “It is noted that the respective parties- the wives, the first son, the ‘Ada’ and all the other children shall be entitled to participate jointly in the burial rites of their late husband and father.

“All traditional shall be performed accordingly. It is now also ordered that all the parties are bound to keep the peace.”

The case was adjourned until November 15 for mention.