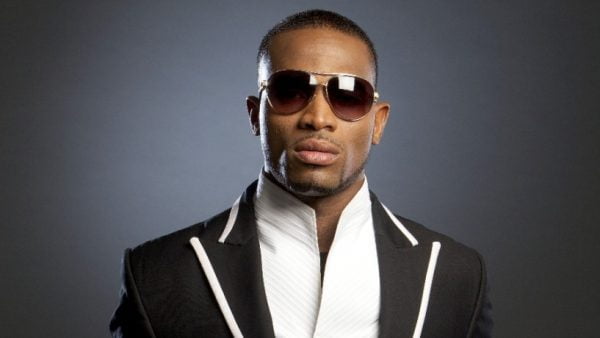 Yesterday, Monday the 22nd of June 2020, I, Ms Seyitan Babatayo formally made a criminal complaint of rape by Mr Oladapo Daniel Oyebanjo popularly known as D’banj at the Gender Desk of the Nigeria Police Force Lagos Police Command Headquarters, Ikeja Lagos. This comes after trying unsuccessfully in the past to give a detailed account of my experience at Bar Beach. Police Station, Victoria Island on the 6th June 2020. That attempt was thwarted by an officer of the law at the said Police barracks.

Unfortunately, my experience is not an exception, but rather the norm where survivors of rape and sexual violence or their families who attempt to report such incidents are often met with frustrating processes and also sometimes threatened by the alleged perpetrator with sufficient backing from the Police and a good number of members of the society. Sometimes, even their own family members.

Luckily for me, I have the enormous and unwavering support of my family, especially my mother. Her strength and support is one of the few things that has kept me going.
However, I must admit that it has been an exasperating couple of weeks for me. From 3rd June 2020 when I first came forward to tell my story and speak my truth, on Twitter, I cannot say I was surprised by the public backlash and media trial that ensued, but I can certainly say, the lack of surprise did not lessen the subsequent pain or hurt that I felt.

My story is one I have carried around for almost two years but in the words of Timi Dakolo, “when you finally decide, it will amaze you where the needed strength will come from.”

On 16th June 2020, almost two weeks after going public with my story, I was arrested by four (4) armed Police officers, who, under the pretence as delivery agent, gained entry into my home. I was then taken to IGP IRT office in Harold Shodipo, Ikeja and detained in a cell like a criminal.

My mum was not arrested, contrary to widespread speculations. My mum remained supportive and engaged all her efforts like any good mother, alongside various other interventions to secure my release.

In that cell, I had the right to remain silent, limited access to a lawyer, yet still oblivious to the crime I was being detained for. I spent almost 48 hours at the Police station, without being charged for a single crime. When I requested to know the reason for the detention, the Police refused to answer, but they continued to treat me like a criminal.

My stance from the beginning was never for financial gain. I was violated by D’banj, that unwarranted and violent experience has never left me, it has stayed with me for a very long time, I demanded an apology then, and still demand it now! I finally gathered the strength to demand for it in a louder tone! On 7th June 2020, I approached a law firm in Abuja who agreed to represent me. With the loving support of my family, we began on the road to justice.

Strength! Strength is a funny feeling, here today, gone tomorrow. The first day I voiced out my story, I understood the true meaning of community. In the midst of the media trial I endured, many survivors like myself showed up for me. A handful of friends, some of whom I met online were my source of strength on some days, and on other days, like the night of 16th June, I would feel a paralysing feeling of loneliness. I was locked up in a cell with criminals who had broken the law. I had never stolen or commited a crime in my life, yet there I was with others who had broken the law. What was my offence? f My own offence was daring to speak up.

Again, none of this is unique to me. I am not the only woman who has ended up in a Police cell for telling her story. If there is anything unique about my case, it is that the events played out in the public domain, and in real-time. Much of which I had no knowledge of as I was cut off from any form of communication with the outside world.
Due to the distortion of facts in the media, I would like to clarify the timeline of events for the record:

30th December 2018: D’banj gained access into my hotel room at past midnight while I was asleep. He violated and raped me.

3rd June 2020: Following an online post by D’banj about saying no to rape, I called him out on his hypocrisy, by giving a detailed account of how he raped me in 2018.

5the June 2020: I publicly shared a document from my Lawyer regarding the situation.

6th June 2020: I visited the Police Station to make a formal report, but was not attended to.

15th June 2020: D’banj through his legal representative published a document in response to my Lawyer’s document, demanding N100m in damages.

16th June 2020: Four (4) armed Policemen stormed my apartment, and arrested me without a warrant. They seized my phones, other personal effects and detained me in the Police cell overnight at IGP – IRT Office at Harold Shodipo, Ikeja.

16th June 2020: A friend reached out to a journalist who had been in contact with me earlier to raise the alarm that neither they nor my lawyers could reach me. My mum was also contacted to inform her of the ongoing situation.

17th June 2020: With various efforts, I was released from custody after being made to sign a gag order by the Police and D’banj’s team, and could only post on social media what had been approved by D’banj’s team. I spent the night in a location of Dbanj’s team’s choosing, which was not made known to the public.

18th June 2020: I was isolated from my family, coerced, pressured and intimidated in person by Dbanj and his team to retract all statements and to announce that my testimony was a publicity stunt. Thanks to my friend, thanks to the Executive Director of Stand To End Rape Initiative (STER), and other activists who swung into action, and tracked me to the location where I was being held by D’banj and his team, using satellite mapping. I was immediately removed from the environment and taken to a safe place where I was provided with immediate support.

Since 18th June 2020, D’banj through his team has continued to harass me with increscent calls and boasting that he (D’banj) can buy off anyone within the justice system in Lagos.

I would like to thank well-meaning Nigerians who raised alarm on social media of my illegal detention and spoke out strongly against the blatant abuse of power.

I understand that internet users, coordinated by the Wine and Whine team also raised about 1.6m Naira to contribute to my legal defense and support my ongoing needs. These funds have so far been handed over to Stand To End Rape Initiative (STER), who have and still continue to provide therapy and mental healthcare for me, whilst also ensuring my physical safety to ensure neither D’banj, nor the Police can continue to harass or intimidate me.

Again, I cannot thank everyone enough. May God continue to stand for you.

I want to thank Mrs Akeredolu (SAN), former Attorney General of Ogun State, who has put her full weight behind me and will be providing legal support on the matter.

Sirs, permit me to take this opportunity to assure you of my full cooperation, should I be required during the investigation. I would like to urge every well-meaning individual and organization to please join voices with me to plead that the Attorney General of Lagos State takes over this case which is firmly within his office and to pursue this case to the full extent of the law. I have confidence that his office will not be influenced by D’banj’s many friends.

What I experienced should not happen to any girl or woman in Nigeria. No one should be raped. And no one should have to be subjected to the violent abuse which happened to me in a hotel room that the door was locked, and most importantly, nobody should have the right to use their name or status to intimidate survivors who speak out or to tamper with justice. I am still dealing with the effects of the rape, the trauma of recounting that multiple times this week, and the indignity of being held against my will for two days. I am still yet to come to terms with the fact that my fundamental human rights were stolen from me. I therefore ask that you respectfully grant me a few days of personal time to continue to access counseling and therapy sessions, while my team and I explore our next steps.

Kindly continue to direct all enquiries to Stand To End Rape Initiative via [email protected].