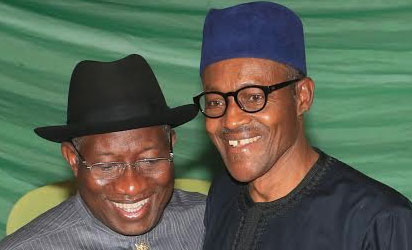 Rather than hand over to the President-Elect, General Muhammadu Buhari, on May 29, President Goodluck Jonathan has indicated his desire to hand over power at a dinner ceremony on May 28, 2015.
Jonathan has also told members of the Federal Executive Council that he will not grant any approval after May 13, 2015.
Based on his decision to handover on May 28, only the ceremony and other activities lined up for Democracy Day will hold on May 29.
To ensure smooth handing over, the President has given April 20 deadline for Ministries, Departments and Agencies to submit their hand over notes to the Secretary to Government of the Federation, Anyim Pius Anyim.
The directive was given during the weekly Federal Executive Council meeting on Wednesday.
Briefing State House correspondents, the Minister of Information, Patricia Akwashiki, said President Jonathan is determined to make the May 29 transition effective.
According to Akwashiki, the President also indicated that he wanted anything requiring his approval to be done by May 13.
The Council valedictory meeting has been scheduled for May 20 before the May 28 dinner where Buhari will be ushered in as new President.
Akwashiki said: “The President also emphasized that he would require another little briefing from all MDAs to indicate inherited projects, how far it has been executed and initiated projects by his administration and the level of completion, whether completed, ongoing or abandoned.
“So that was it at the council meeting.
“We discussed other issues but we are particularly paying attention to the transition and how to make it effective.
“As you are all aware, we have transitional committee already set up by President, headed by the Vice President.
“Other than that, we have an inaugural committee that is headed by the SGF.
“So everything we are doing we are doing to achieve smooth transition, getting all our notes together.
“By May 28, the President intends to have the formal handing over done at a dinner so that we can reserve the 29th for the incoming administration.
“By May 28, we expect to have concluded … and we are welcoming the incoming government.
“Also you know, May 29 is our democracy day so we have activities lined up all through that week, showcasing all what we have achieved and all other things we do normally on our democracy day except that this year is special with the inauguration of our new President.
“It is for the MDAs to submit their notes to the SGF, who will handle the total package of the handing over to the incoming administration.
“It doesn’t mean that is the exact notes that will be passed on.
“There is a format to follow and so it becomes easier for all the MDAs to follow the template.
“If they do that, it will be easier for the President to compile everything.
“The format is to ensure you submit everything before they pass it to the incoming government.
“That is not to say that governance has stopped.
“Of course, we are in government until the day the President-elect takes oath of office.
“There is no vacuum.
“There are things happening.
“And if you have any pending contract approval, it has to be submitted before the 13th of May.
“Everything that requires the President’s approval should be submitted before May 13th.
“We also do not want the incoming administration to accuse us of rushing projects, which is normal.
“So we are guided by that.
“And if you have approvals, we are going to have Federal Executive Council meeting every week.
“The last one that will be the valedictory one will be on May 20.
“So governance is not stopping.
“We are still working and in the event you have approvals, it must be concluded before 13th.”
Vice President Namadi Sambo heads the FG’s Transition Committee, while Anyim heads the Inauguration Committee.

Buhari to Public Officers: If you’ve done right, you need not be afraid of audit